The control's SearchControl.Properties provide access to the RepositoryItemSearchControl object which stores miscellaneous settings applied to the SearchControl: 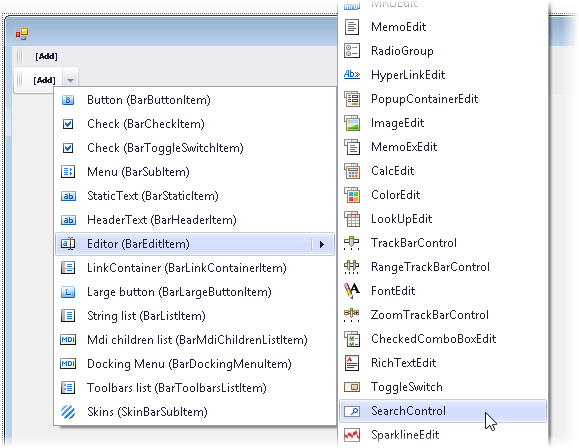 To learn more on how repository items are used to embed editors to container controls such as XtraGrid, XtraVerticalGrid, Tree List and XtraBars, see the Repository Items section in the Editors and Simple Controls topic.

You can search against a specific column by preceding a search string with the column's display name plus a colon character.

Precede a condition with "+" to display only records that match this condition. The "+" specifier allows you to implement the logical AND operator. There should be no space character between the "+" sign and the condition.

Precede a condition with "-" to exclude records that match this condition from the result set. There should be no space between the "-" sign and the condition.