We do not recommend that you use the Backend Web API Service in production code. We made this service available to gather feedback from anyone who considers it for future use.

You can utilize the Backend Web API Service (Web API) to reuse existing data models and Security System settings (users, roles, and permissions) stored in an XAF application database (backend) in the non-XAF .NET application. This service can be hosted as part of a Blazor Server project or as a standalone ASP.NET Core project. 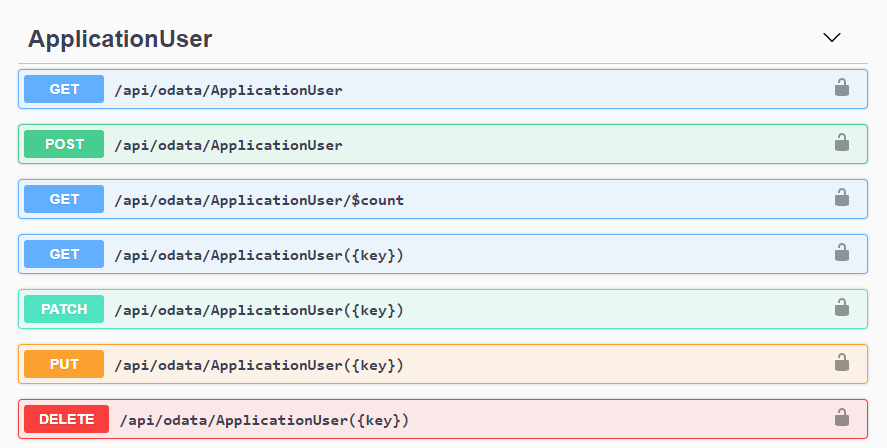 The Web API utilizes Swagger to display and test endpoints. You can also test them with other platforms (for example, Postman).

The Web API is available in v21.2 and later.

You can add the Web API to an existing Blazor Server project or create a new project with this service:

After you add the Web API to your project, you can use it as described in the following article: Create Endpoints and Test the Web API.

The Web API supports all standard ASP.NET Core authentication techniques that you can specify in the MySolution.WebApi\Startup.cs file. See the following topic for details: Authentication in Web API Projects.

You can also use the Web API as the Middle Tier Server in WinForms Applications. See the following topics for details: