The Full-Stacked Step Area (100% Stacked Step Area) series can be plotted using the AreaStepFullStackedSeries2D class, which belongs to the Area Series group. These series are similar to Full-Stacked Area series, but step series do not use the shortest distance to connect two data points. Instead, this chart type uses vertical and horizontal lines to connect the data points in a series forming a step-like progression.

A Full-Stacked Step Area chart is shown in the image below. Note that this chart type is based upon the XYDiagram2D, so it can be rotated to show areas either vertically or horizontally. 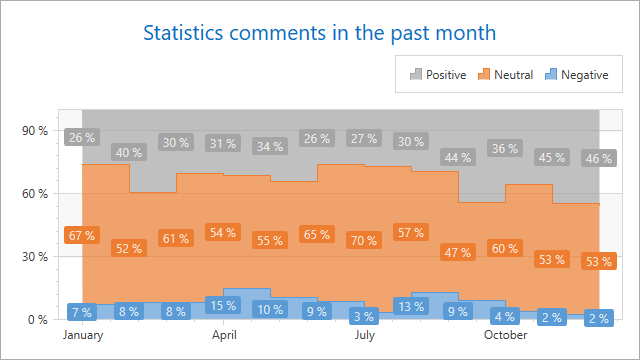 For information on which series view types can be combined with the Full-Stacked Step Area view, refer to the Series Type Compatibility document.