This document describes how the Chart Designer can be invoked and localized.

Note that the DevExpress.Charts.Designer.v21.2 assembly should be added to a project.

To run the Designer, call its ChartDesigner.Show method, which allows you to specify a look and feel setting for it. 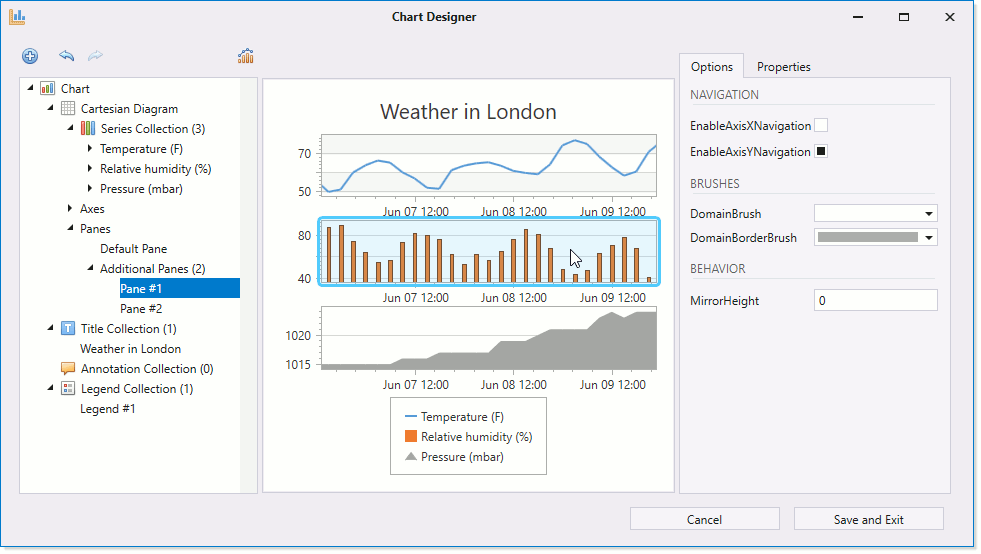 For a runtime example, refer to How to: Invoke the Chart Designer at Runtime.

You can localize the Designer using satellite assemblies. We have a number of satellite resource assemblies that contain the localized resources for our products translated into different languages.

For more information, refer to the Localization help topic in this documentation.