Gets or sets the variable distance value (as a fraction of axis units) between two points of different Box Plot series shown at the same argument point. 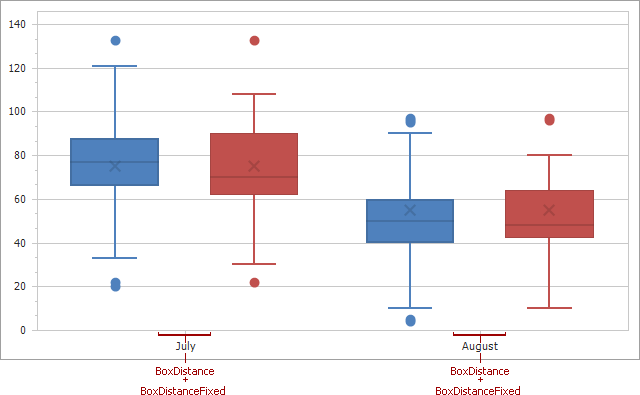 For the same reason, when trying to set the BarDistance property before a Series is added to a chart’s collection, an ArgumentException is thrown.