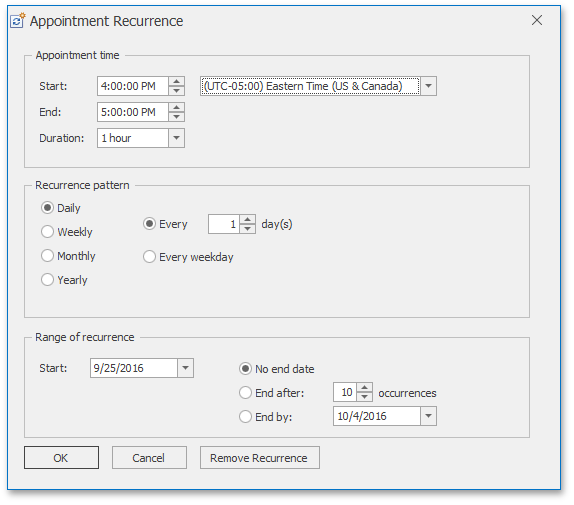 The form is an instance of the AppointmentRecurrenceForm class.