This topic gives an overview of the advanced layout managers and simple layout containers that ship as part of the DevExpress WinForms Subscription.

The DevExpress Layout Managers allow you to develop and maintain applications faster. Designed to simplify and speed up the design of responsive data forms, the layout managers eliminate the need to use manual/pixel-based control alignment. They automatically arrange, align, and space all UI controls within your data forms with great precision. 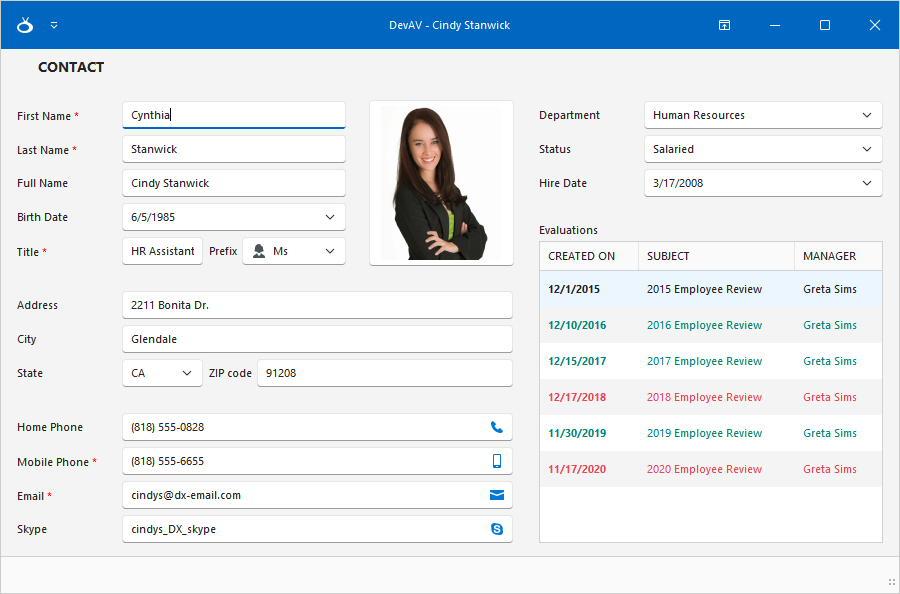 The advanced features include:

The Data-Driven Layout Control extends the capabilities of the Layout Control. It allows you to generate complex layouts from your data sources. The Data Layout Control automatically creates the data editors and binds them to the corresponding data source fields. It also adds label captions for field names.

The advanced features include: 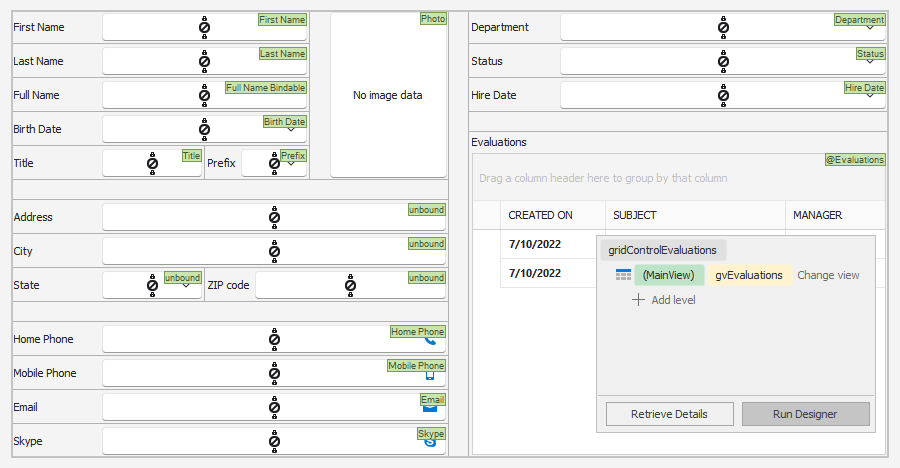 The Tabbed MDI Manager renders MDI child forms as tabs. Its features include:

Use the Application UI Manager to create advanced tabbed and Windows 10-inspired UIs.

The Wizard Control allows you to transform your complex data-entry forms easily into a multi-step wizard dialog with pixel-perfect element layout. 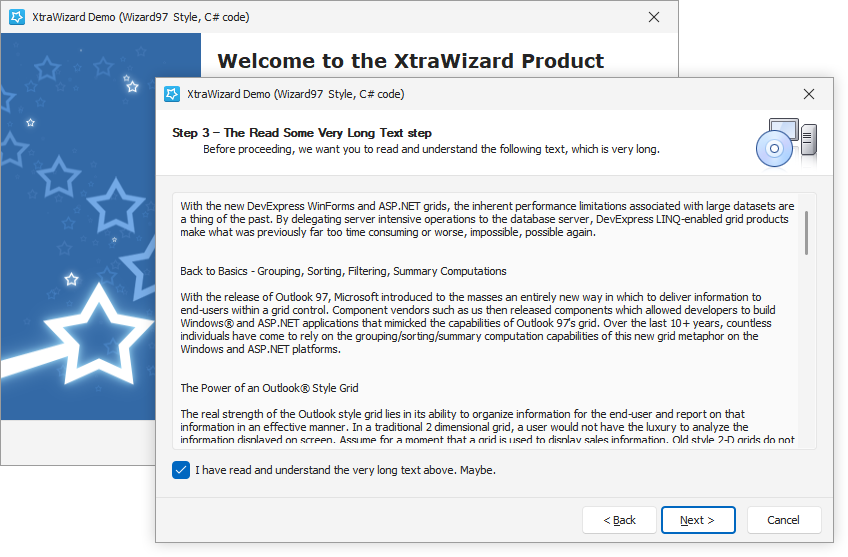 Use the NavigationFrame control to create the advanced wizards.

Stack and Table Panels are lightweight layout containers that allow you to arrange controls in a directional flow or position controls into rows and columns.

The Side Panel allows you to break down your data form or user control into resizable regions divided by one-pixel splitters. 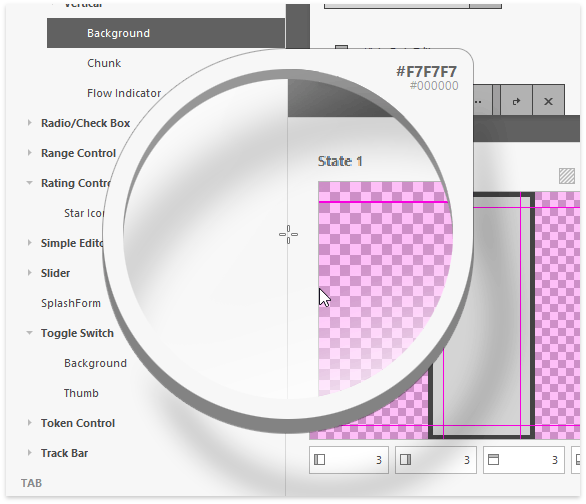 The PanelControl is a simple container that supports DevExpress Skins.

The GroupControl is a container that can display a caption (header). You can align the caption along the group’s top, bottom, left, or right side. The group’s caption can display a title, an image, and custom buttons. 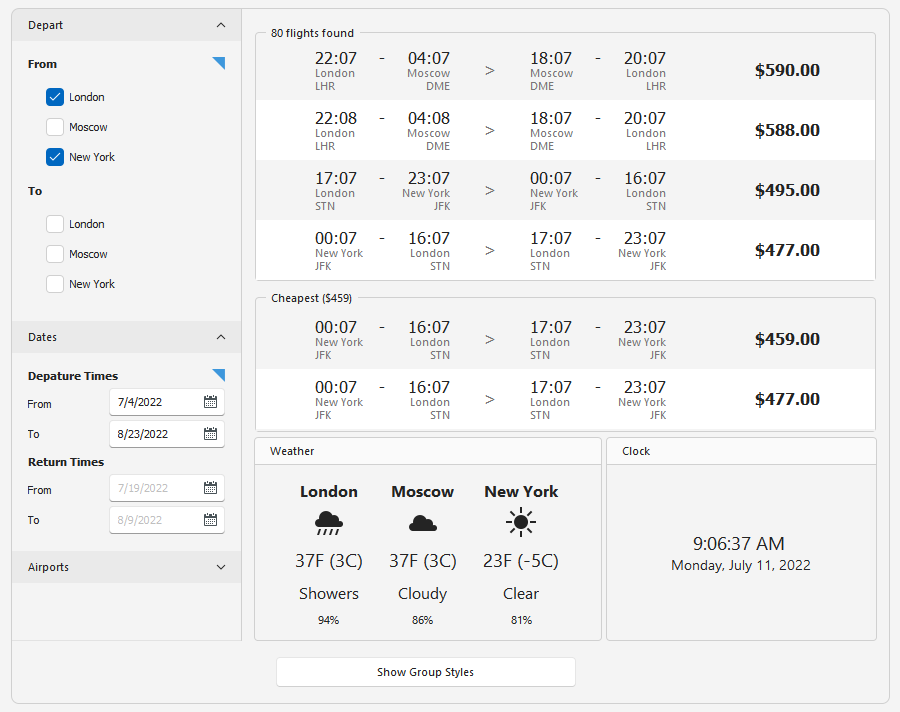 The Tab Control allows you to organize UI controls into relevant sections with straightforward navigation. Its features include: 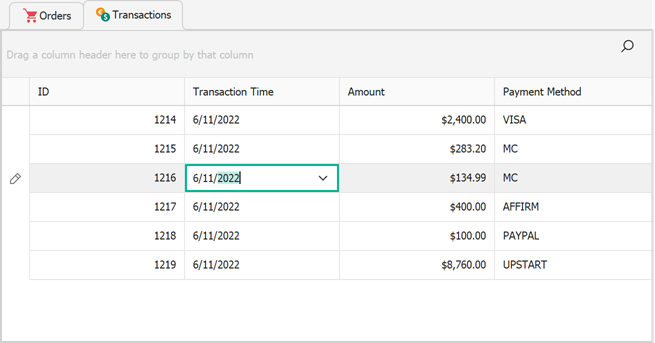 Most DevExpress WinForms controls support runtime UI customization. The Workspace Manager allows you to save layout information of the entire application, and then restore it. You can save the layout to an XML file or a stream. 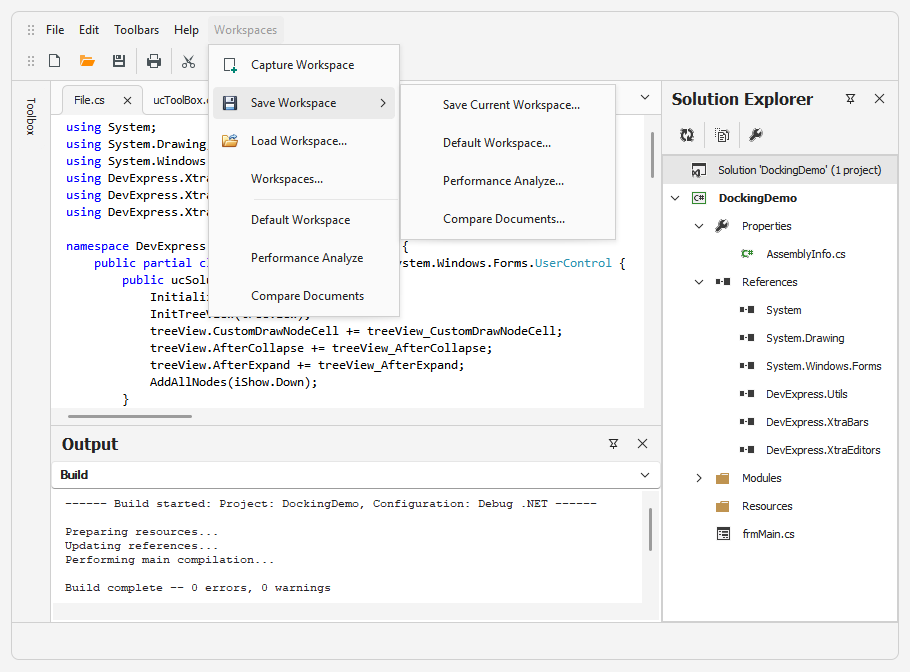 The Workspace Manager includes a submenu command (BarWorkspaceMenuItem) that can be added to a Ribbon UI or Command Bar.