This document describes how a linear regression analysis can be performed over your chart's visual data. XtraCharts introduces the Regression Line to accomplish this.

A Regression Line is a used statistical analysis instrument. Appearing as a line drawn across a chart's diagram, it is constructed based on the so-called linear regression analysis. 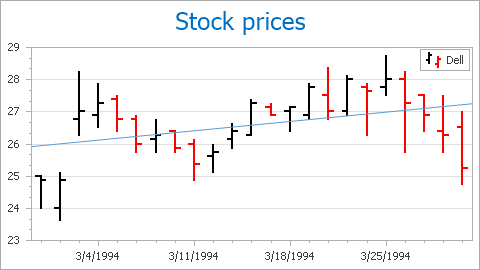 To access a series' collection of indicators at design time, select the series and in the Properties window, expand its SeriesBase.View property, then click the ellipsis button for the XYDiagram2DSeriesViewBase.Indicators property. 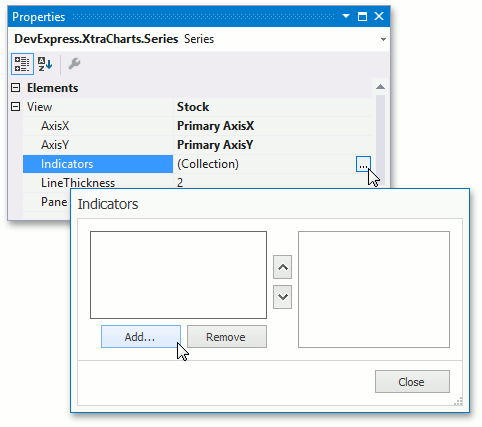 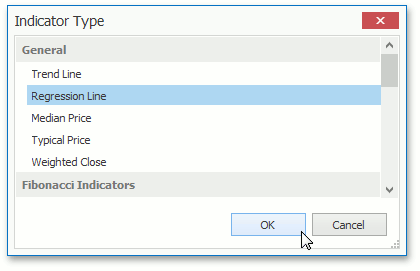 Note that all the chart's indicators are painted based on a palette defined via the ChartControl.IndicatorsPaletteName property.