Fibonacci indicators are tools that are primarily used in financial analysis, to forecast levels of support and resistance for a Stock price trend. However, with XtraCharts, you can use them not only with Stock and Candlestick charts, but for any 2D XY- or Gantt-series as well. 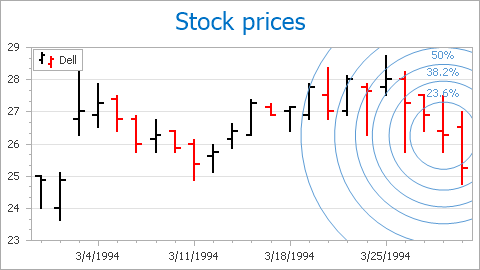 Note that all the chart’s indicators are painted, based on a palette defined via the ChartControl.IndicatorsPaletteName property. 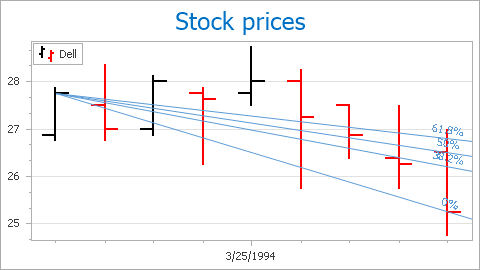 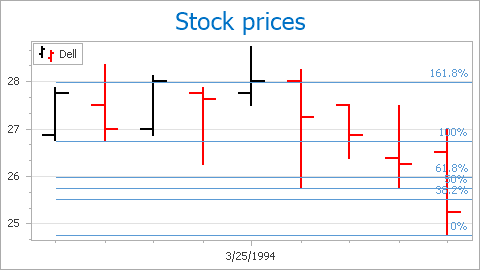