The DXNavBar control allows its groups to be expanded and collapsed either by end-users or programmatically. An expanded group provides access to its contents, so that an end-user can work with them. 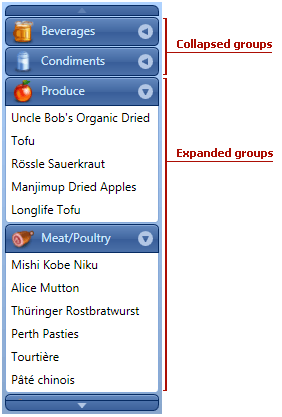 In Side Bar and Navigation Pane Views, only one group can be expanded at a time. In these Views, the “expanded/collapsed group” term and functionality is replaced by the “active/inactive group”. End-users can activate (expand) a group by clicking its header.

Refer to the following topics to learn more.