XtraBars provides design time and runtime facilities for modifying the styles of its elements. This implies modifying attributes such as the background and foreground colors, background images, font, etc.

The easiest way to customize the appearance of controls and visual elements provided by the DevExpress Ribbon, Menu and Docking Library is to use a BarAndDockingController component. It contains various appearance options that allow you to specify the background and foreground colors, font settings, gradient mode, background image, etc for painting XtraBars visual elements. These settings have the Appearance... prefix. The following image shows the appearance settings provided by the DefaultBarAndDockingController: 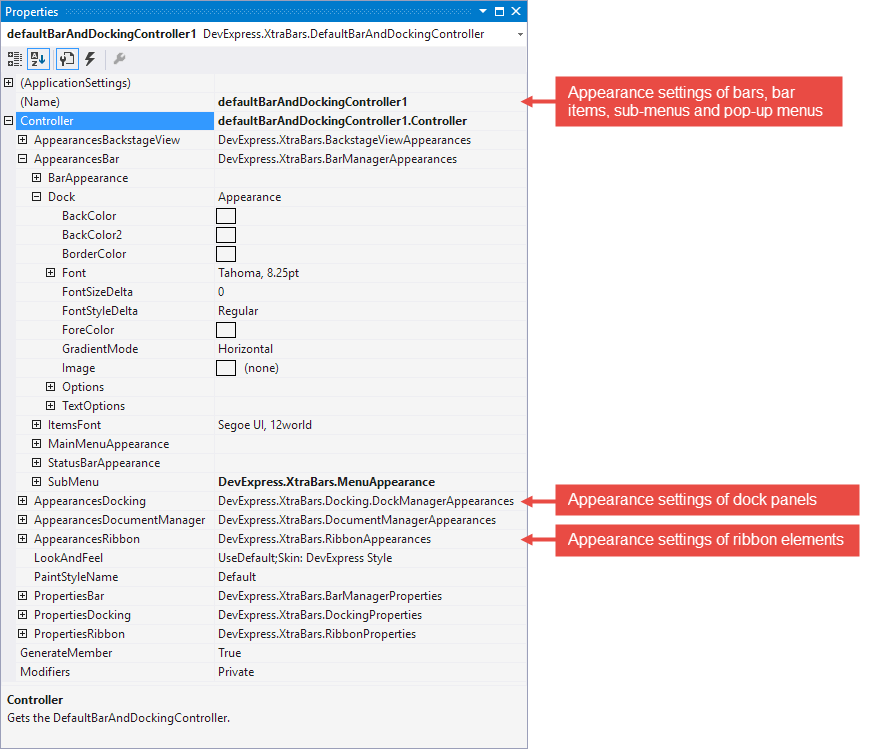 For most XtraBars visual elements, changing the background color(s) is not in effect in skinning paint schemes. For information on changing a paint scheme, see Look And Feel and Skinning.

To learn about classes that encapsulate appearance settings, see the Appearances topic.

See Also
Appearances
Feedback
Was this page helpful?
Thanks for your feedback!
Any other suggestions? Tell us here.