You can use the Data Aggregation functionality to configure a more compact and readable view for a large amount of data. When using data aggregation, the chart splits the x-axis into intervals (according to the measurement unit value), and automatically aggregates data for each interval using an aggregation function. The following images illustrate this feature:

The following approaches can help you to accelerate loading data:

An internal data resampling algorithm allows the chart to avoid unnecessary operations when rendering series. The chart renders the minimum set of points required to display the correct series shape and form. The algorithm discards all points that have no effect on the output (for example, overlapped points). Every time the zoom level or visible data range changes, the chart re-calculates the minimum point set.

The resampling algorithm is in effect under the following conditions:

The resampled data algorithm and aggregated data display technique optimize RAM usage, but aggregate calculations require additional time and the resulting series shape can be different from the original. 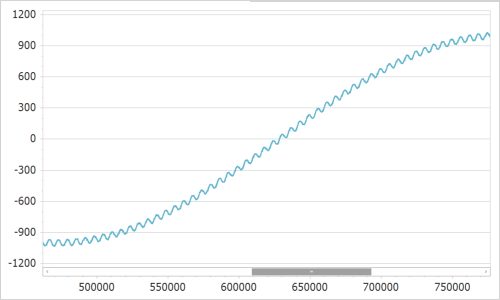 The series is resampled. 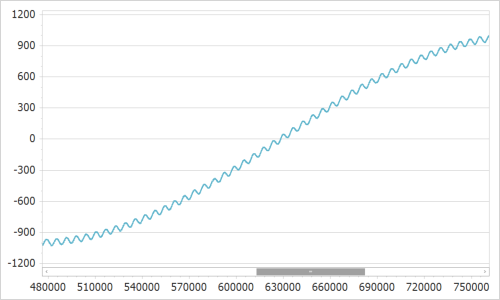 The raw series (The series is not simplified and resampled). 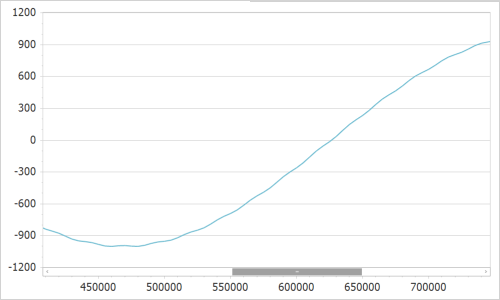 The series is plotted based on aggregated data.

Note that the resampling algorithm is not supported for the following series views:

Follow the steps below to decrease the time needed to render a chart's visual elements:

This section contains tips that allow you to increase performance when a chart shows a dataset that changes frequently.