Windows 7 has introduced a new look and new features for application buttons displayed within the system taskbar. The TaskbarAssistant component is designed to facilitate the customization of an application’s taskbar button, its Jump List and thumbnail preview.

The Jump List is opened on right-clicking an application taskbar button: 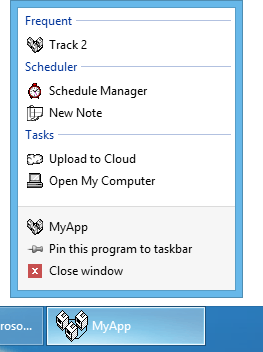 When you hover over an application taskbar button, a live thumbnail preview is displayed. The preview window can contain a toolbar with up to seven buttons below the preview image, as in the figure below: 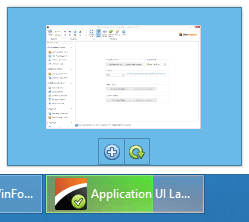 More information on these taskbar features can be found in MSDN at: Taskbar Extensions