The Print Appearances page allows you to customize the appearance settings used to paint the Pivot Grid Control elements on the printed page. You can save these settings to or restore these settings from an XML file. 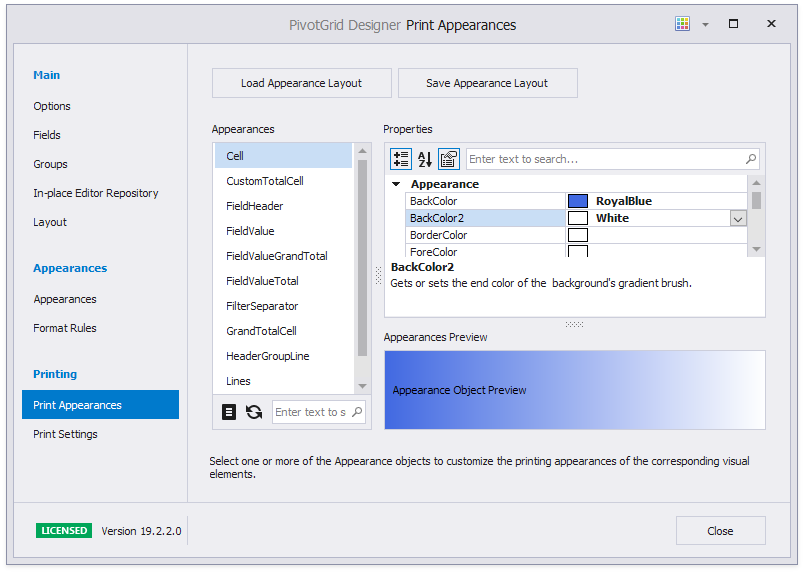 The Appearances list displays the available appearances. The selected appearance settings can be accessed and changed using the built-in property grid. All changes are immediately reflected in the Appearance Preview.

button or press the Ctrl+A key combination. To reset the appearance settings of the selected appearance object(s) to the default values, click the

The print appearance layout includes the settings of all elements. It can be saved to an XML file, and then applied to the same PivotGridControl, or another PivotGridControl. Use the following buttons to do this: