The Appearance page allows you to change the appearance settings used to paint the Pivot Grid Control elements, and save and restore these settings to/from an XML file. 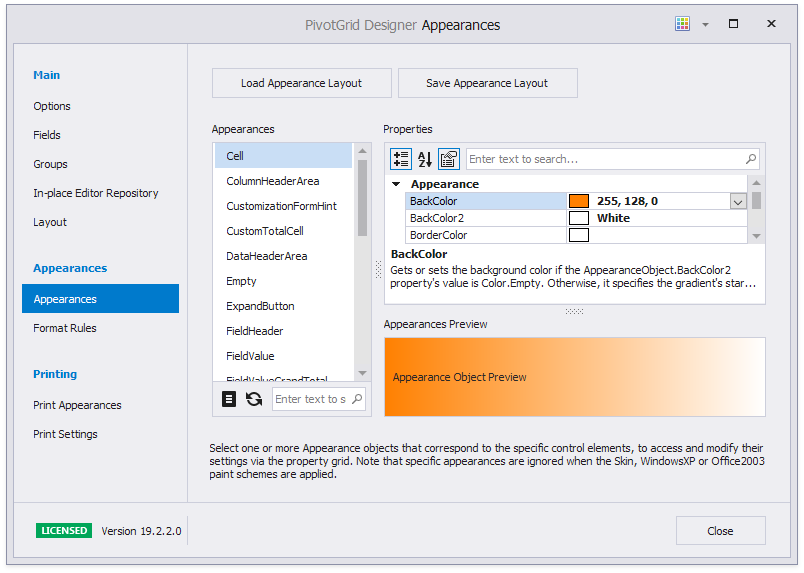 This list displays the appearances contained within the Pivot Grid Control's PivotGridControl.Appearance collection. Select the item that corresponds to the element whose appearance should be changed. You can customize several appearances simultaneously. Hold down the SHIFT key or CTRL key while clicking on the appearance names, to select multiple appearance objects. To select all appearances, click the

The appearance settings used to paint the element's background (BackColor, BackColor2 and GradientMode) are ignored when the PivotGrid is painted using the WindowsXP, Office2003 or Skin style.

See Also
Appearance
Feedback
Was this page helpful?
Thanks for your feedback!
Any other suggestions? Tell us here.