How to: Disable the Appointment Recurrence Feature (legacy)

In some real-life applications it may be necessary to prohibit end-users from working with recurring appointments. This example demonstrates how to disable the Appointment Recurrence feature of a scheduler used in bound or unbound mode. 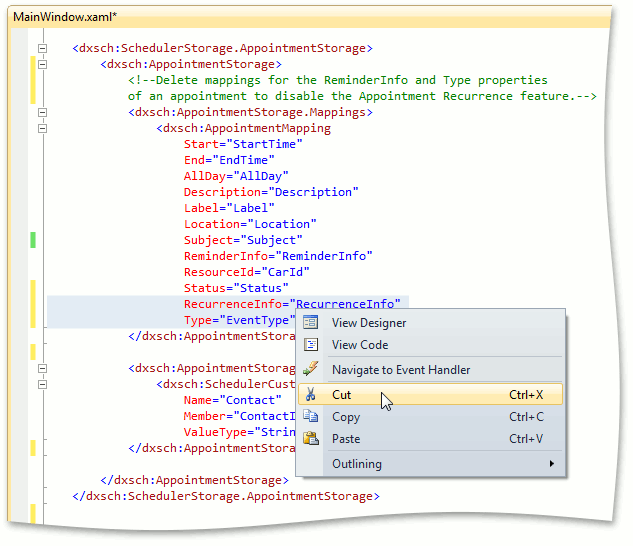