This topic describes the appointment as a visual element, and lists properties that affect its visual appearance.

The basic appearance of an appointment is illustrated below: 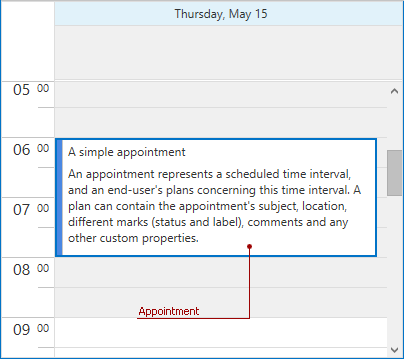 An appointment’s visual elements are shown in the following picture: 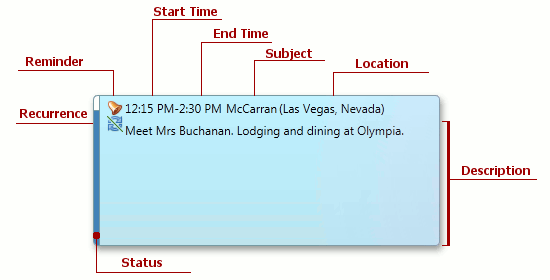 An appointment’s visual elements and corresponding properties are listed in the table below: