Edit cells are displayed within the Edit Form when ASPxGridView is in edit mode. When a user edits a row, editors are displayed for column fields that correspond to that row (see the image below). 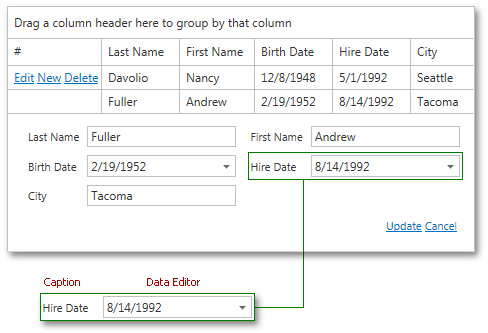 An edit cell displays the name of the column to which it corresponds, as well as the editor that is used to edit column values. The column’s GridViewDataColumn.PropertiesEdit property specifies the editor displayed within the edit cell.

You can use the GridViewStyles.EditFormCell property to access style settings used to paint edit cells. A column’s GridViewDataColumn.EditCellStyle property allows you to customize the column’s edit cells. 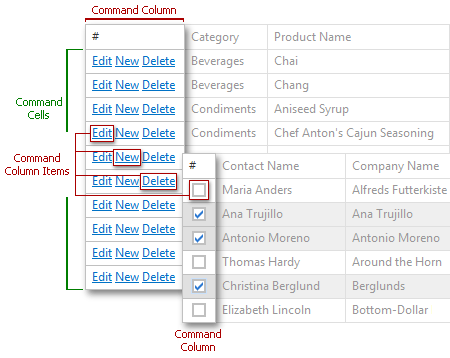