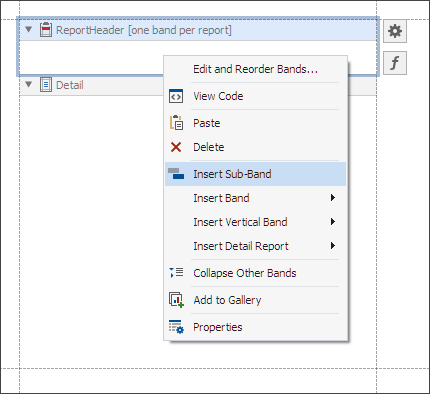 After adding a sub-band to the collection, it provides a functional copy of the source band. A sub-band’s behavior, as well as its position within the report band hierarchy, is dictated by the source band type. 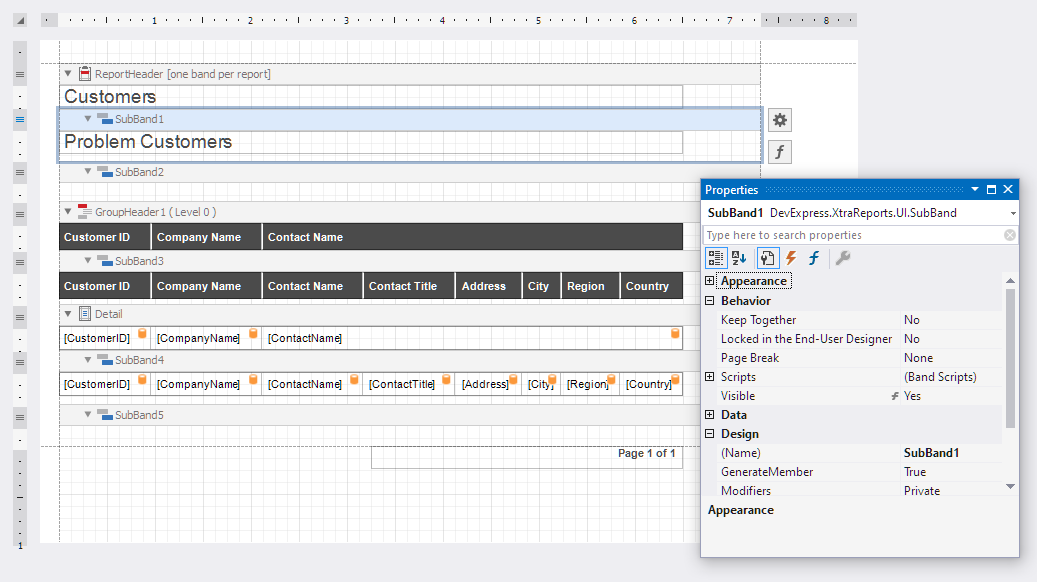