The XtraNavBar control provides properties that allow you to customize the appearance (background and foreground colors, background images, font settings, etc) of its elements.

If a NavBarControl is painted using a skinning or WindowsXP paint scheme, changing the background color(s) of specific elements is not in effect. In this instance, these elements are painted according to the current paint scheme.

To change common appearance settings of groups and items, and to change the appearance of other elements (scroll buttons, Navigation Pane elements, hints, etc), use properties provided by the NavBarControl.Appearance object. Each of these properties, represented by the AppearanceObject class instance, contains style settings:

When style settings are empty or set to their default values, the corresponding elements are painted using the default style settings, according to the current paint scheme. You can access actual style settings currently being applied via the NavBarControl.PaintAppearance property.

Appearance of Individual Groups and Items 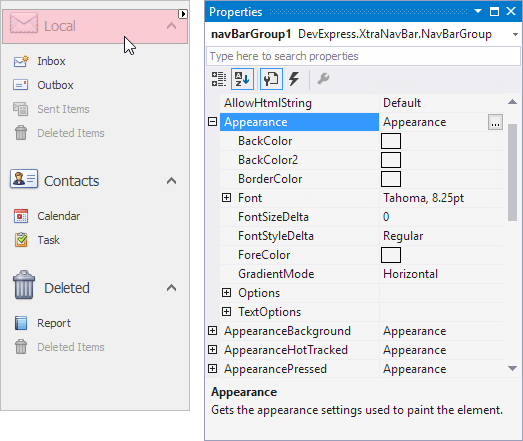 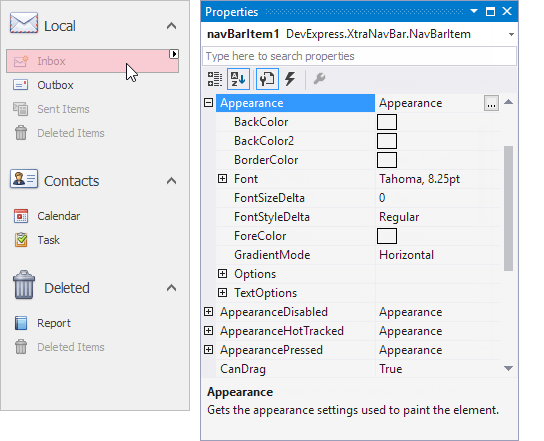 For links to the appearance properties provided by groups and items, see Member Table: Appearances.

Appearance properties provided by groups and items have a higher priority than the common appearance settings specified by the NavBarControl.Appearance object.