Touch-enabled applications, sometimes referred to as Hybrid apps, are applications that are easy to use on both desktops and touch devices. There are no strict patterns for building touch-enabled apps, except that controls in the application should be optimized for touch input. You can read more about developing for touch-enabled devices in this guideline by Intel. This section describes one common application pattern and shows some of DevExpress controls which are most suitable for creating this kind of application.

The figure below illustrates a “Touch-Enabled Hybrid App” demo available in the DevExpress Demo Center.

The client area displays a module (a UserControl) currently selected by an end-user. The User Control may provide table data, charts, gauges, calendars, terrain data, etc. Hence, you can choose any control that fits your needs.

Although you can enable the static WindowsFormsSettings.TouchUIMode property to make any DevExpress control suitable for the use on touch-enabled devices, some controls are initially designed to fit Hybrid apps. For instance, if you want Data Grid control to present data from a data source, consider using its Tile View instead of traditional tabular Views.

Apart from showing regular tiles, this View can represent data similar to the Microsoft Office 365 data grids (see the figure below). To do so, switch the TileViewItemOptions.LayoutMode to the “List” value. 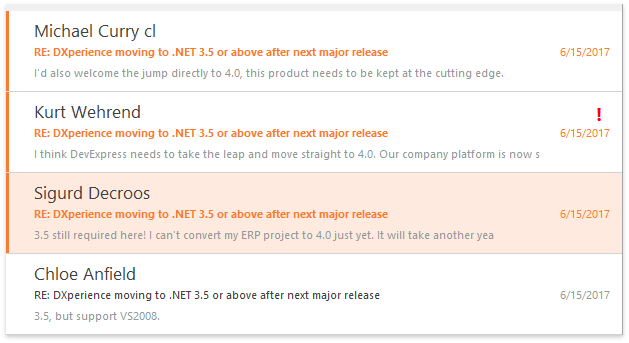 Another Data Grid View, the WinExplorer View (on the figure below) is helpful for presenting records in a manner similar to Microsoft Windows Explorer. 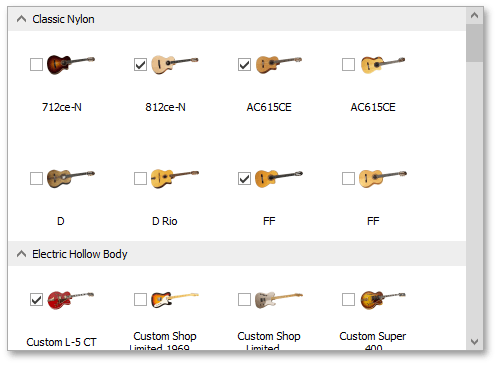 It is recommended that you utilize tile-based navigation controls: due to their geometry and size, tiles are easier to hit with fingers compared to traditional toolbar buttons.

The following lists detail other useful controls and components suitable for touch-enabled applications. 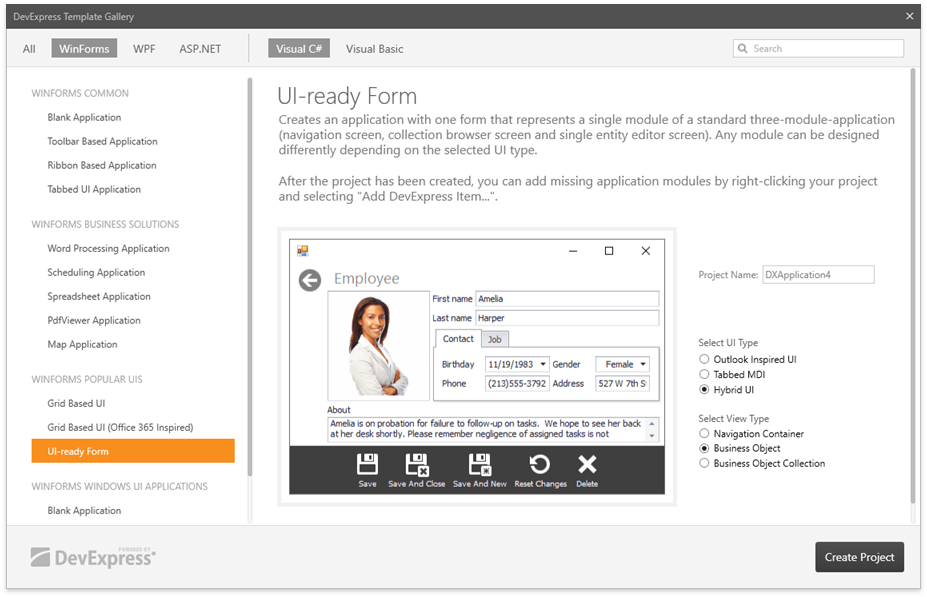 For data-managment applications, you can utilize the Scaffolding Wizard to automatically generate a fully functional and ready to use application based on the given data source. The application created by Wizard consists of multiple separate interconnected modules and follows the MVVM pattern.