This topic describes the basics of gauge scales (circular and linear), and explains how scales can be accessed and customized at design time.

A scale is the fundamental element of analog gauges (circular and linear) because all other elements can be placed on it.

An Arc Scale is an instance of the ArcScale class. This scale is used in the CircularGauge control.

The following image shows examples of these types:

An Arc Scale consists of tickmarks (both major and minor) and scale labels. To extend a list of scale items, add static and dynamic gauge elements (Value Indicators) to the arc scale.

In contrast to dynamic elements, static elements cannot be animated.

The following is a list of static gauge elements:

An Arc Scale can contain numerous scales within a circular gauge.

The image below demonstrates a typical circular gauge that contains two arc scales with a background layer, tickmarks, markers, ranges, a needle, and a custom scale label. 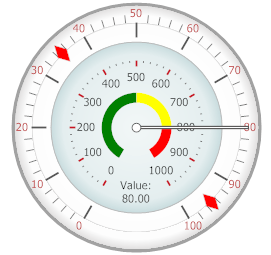 A LinearGauge allows you to display elements on a linear scale (a LinearScale object).

The following linear scale shape types are available in the Gauges component: vertical and linear. 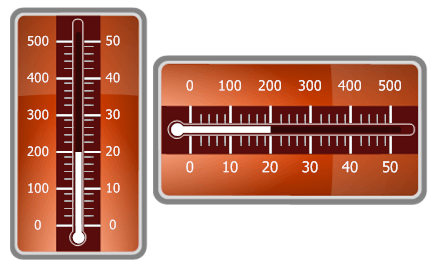 As you can see from the image above, a linear gauge can contain numerous scales.

Like an arc scale, all elements of a linear scale can be divided into two groups: static and dynamic (Value Indicators).

Level bar, markers and range bars can be animated on a linear scale because they belong to dynamic gauge elements.

The following image illustrates a linear scale with a level bar, tickmarks, three ranges, and a background layer:

You can use the scale designer to access a Gauge scale at design time. 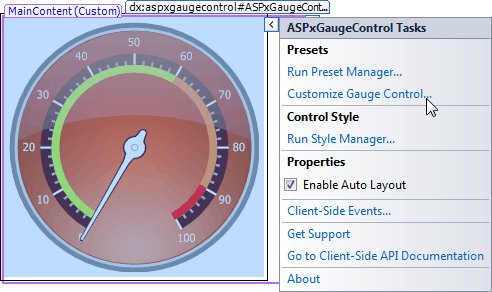 Then, in the Visual Gauge Control Designer, click the scale’s smart tag and choose Run Designer. 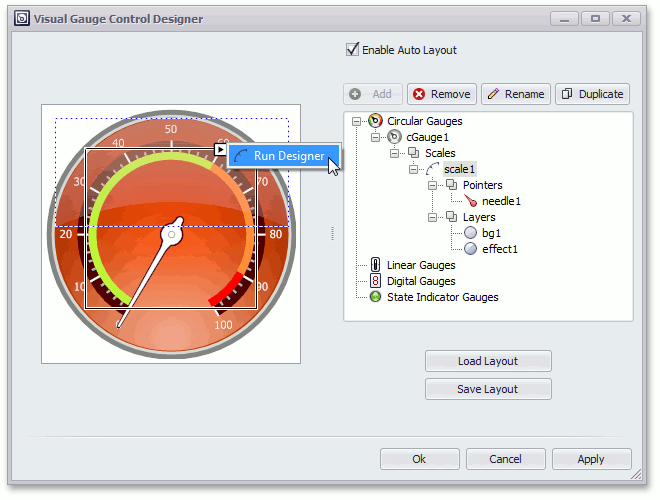 Scales - Element Designer allows you to customize a scale’s appearance and geometry, and contains range and label editors.

See the Arc Scale designer below. 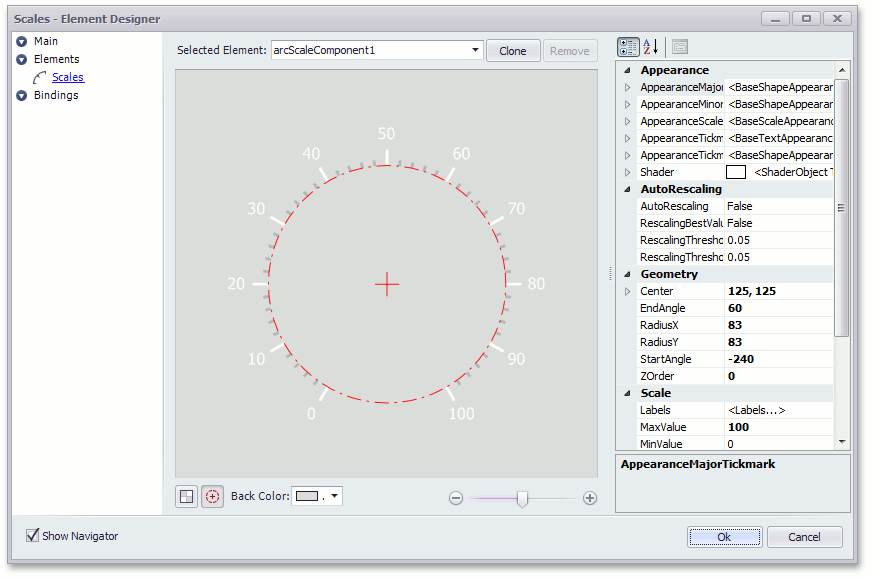 Refer to the following topic to learn more: Designer.

See Also
Ranges
Labels
Value Indicators
Was this page helpful?
Thanks for your feedback!
Any other suggestions? .
Your feedback has been sent