The default forms are normally delivered via the ASPxScheduler assembly because it is better for performance and more efficient than storing all forms. Forms should only be copied locally if they need to be modified. Once modified, these forms will be used by the ASPxScheduler within the web project.

You can retrieve default templates and copy them to your web project to make them available for customization. To do this, click the ASPxScheduler control’s Smart Tag to invoke the actions list. In this list, click the ‘Copy Default Dialog Forms to the Project…’ link. 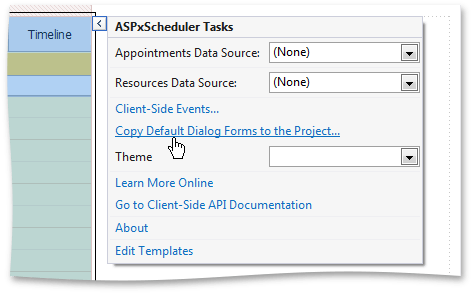 An alert dialog is invoked, warning you that this action will extract default dialog forms from the resources. If you do not plan to modify default forms, click No.

A DevExpress subfolder will be added to this project to store the ASPxScheduler dialogs and forms.

The OptionsForms and OptionsToolTips attributes of the SchedulerControl will be updated to point to the local copies of the forms. 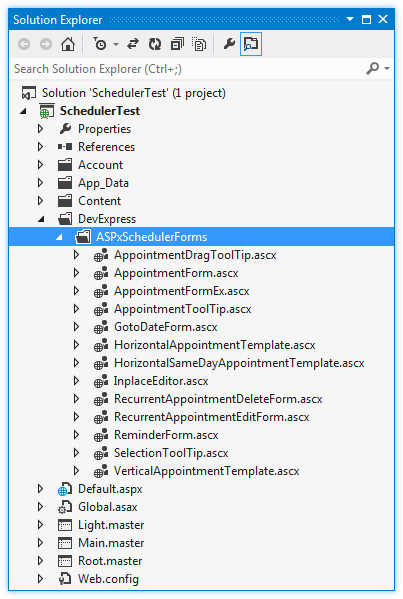