This document describes how to localize a report that targets different languages and cultures.

This method is the default for reports in v20.1 or later. Previous versions use satellite assemblies. 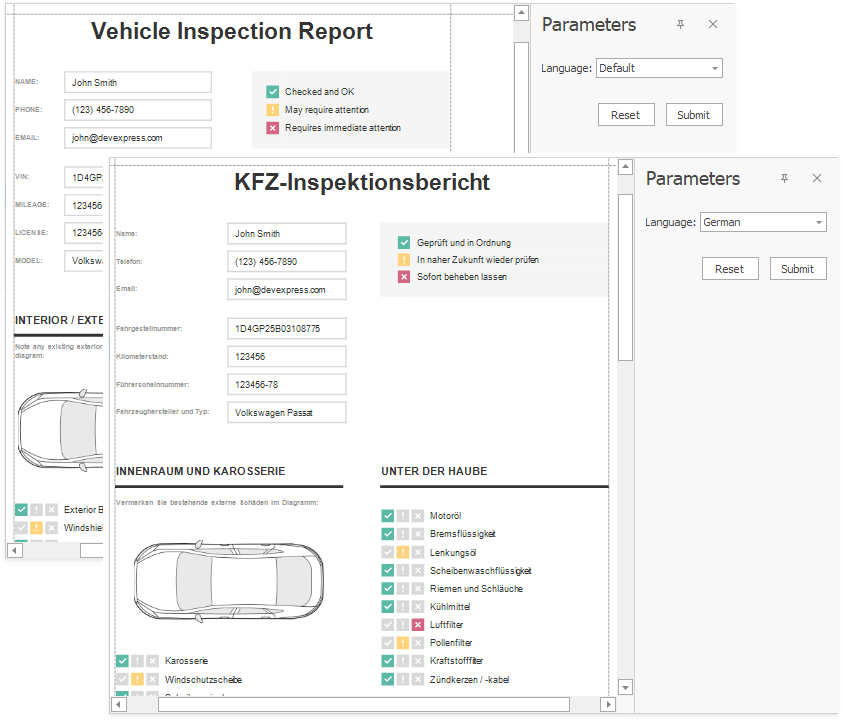 A localized report can display text based on different cultures. The following text properties can be localized:

To display translated text in a localized report, adjust the following attributes of your reports and individual report controls:

How to Localize a Report

To localize a report, open it in the Report Designer and specify a report language other than Default. Change the text, size, and location of reporting controls and save the report. All language-specific changes are saved with the report. When a Document Viewer loads a localized report, the document contains modifications that match the application's culture. 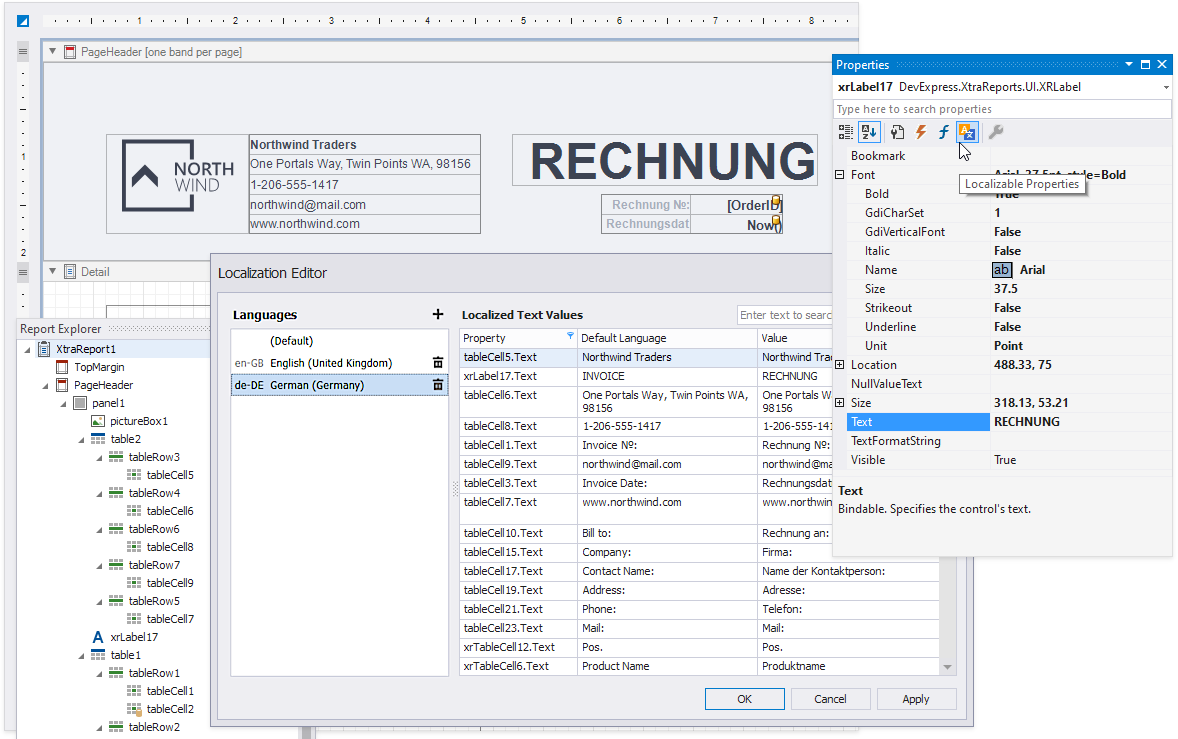 You can use the Localization Editor to change text in the report and expedite the translation process.

To determine whether a report contains localized settings, or to access the localized version, use the Localization -> Language drop-down list. 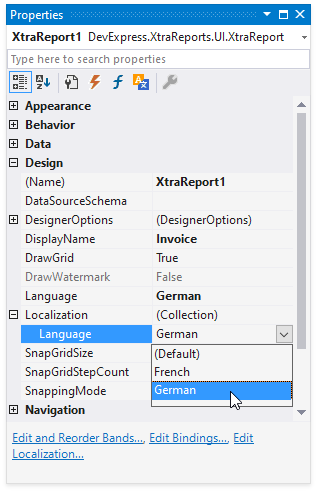 How to Preview a Report in the Specified Locale

The Report Designer always loads a report in the Default language. You can change the language in the Localization Editor or set the report's language as described in the previous section. Then, switch to the Preview tab to view the localized document.

To preview a localized report in your application, use one of the following methods:

A localized report contains localization items - objects that combine the control, language, property and value. If a value does not relate to any language, it is attributed to a default language. Localization items are contained in the XtraReport.LocalizationItems collection.

Localizable properties are annotated with the DevExpress.XtraReports.Localization.XRLocalizableAttribute custom attribute:

The following properties are localizable: