Load Vector Data from a Shapefile

This document describes the basics of working with Shapefiles using the Map Control.

This subject consists of the following sections.

To learn more about the Shapefile format, refer to Shapefile (Wikipedia).

The image below illustrates country shapes, along with supplemental information (country names in a tooltip) loaded from a Shapefile. 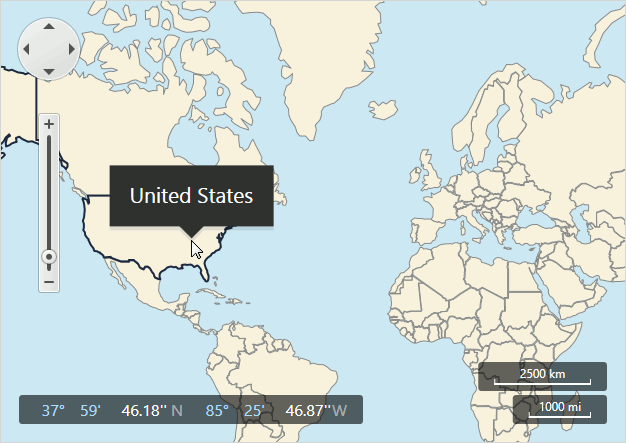 To load shapes from a Shapefile, do the following.

When data is loaded from a Shapefile, the Map control generates a collection of vector items objects stored in a VectorLayer.

Note that in this case, data from a .dbf file is stored as attributes in each vector item object. This approach allows you, for instance, to use this data to colorize shapes or display supplementary information in shape tooltips.

To learn how to load vector data from a shapefile, see the How to: Load Data from a Shapefile example.