This document describes the basics of working with KML files using the Map Control.

This subject has been broken down into the following sections.

Using the Map control, you can load and depict any set of geographic visualization data (placemarks, polygons, images, textual descriptions, etc.) stored in the KML (Keyhole Markup Language) format. KML files have a tag-based structure with nested elements (similar to the XML standard).

One of the common usage scenarios for the KML format is to display vector data above an image tiles map. For instance, the image below shows the Liberty Island shape loaded from a KML file. 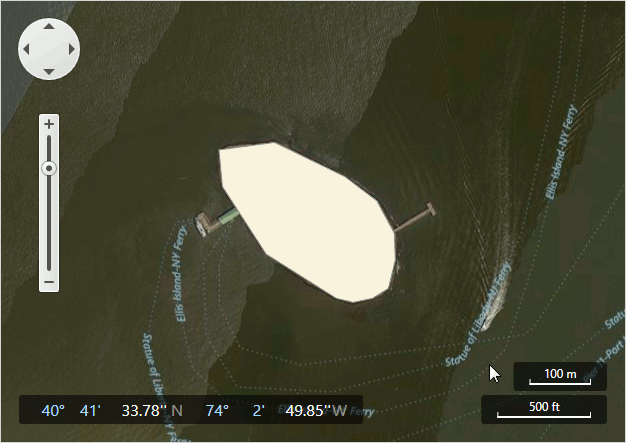 To load vector data from a KML file, do the following.