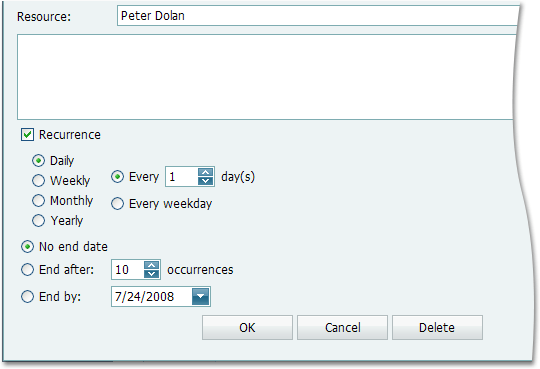 As stated above, for all the recurring series, only the Pattern appointment is stored in the ASPxSchedulerStorage.Appointments collection. Others (Occurrence) are generated at runtime, to avoid excessive use of system memory.

To stop an appointment from being an exception, you should call the Appointment.RestoreOccurrence method for it. It restores the normal appointments chain.