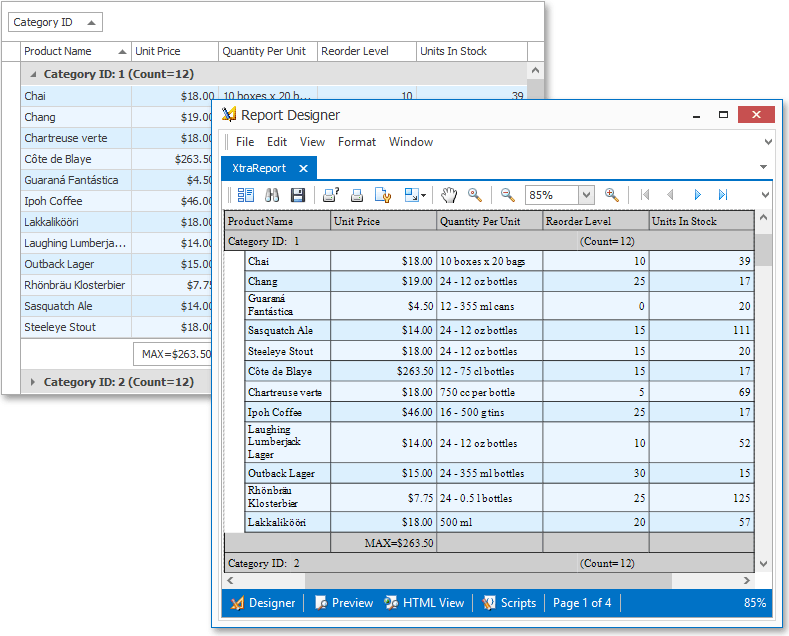 To generate a report based on GridControl's data at design time, do the following.

The generated report is automatically added to the current project under the specified name and opened in the advanced Report Designer, which is fully integrated into the Visual Studio IDE. The report's declaration can be found in the file with the same name as the report name.

After the report is generated and customized, you can show the report's print preview to your end-users.