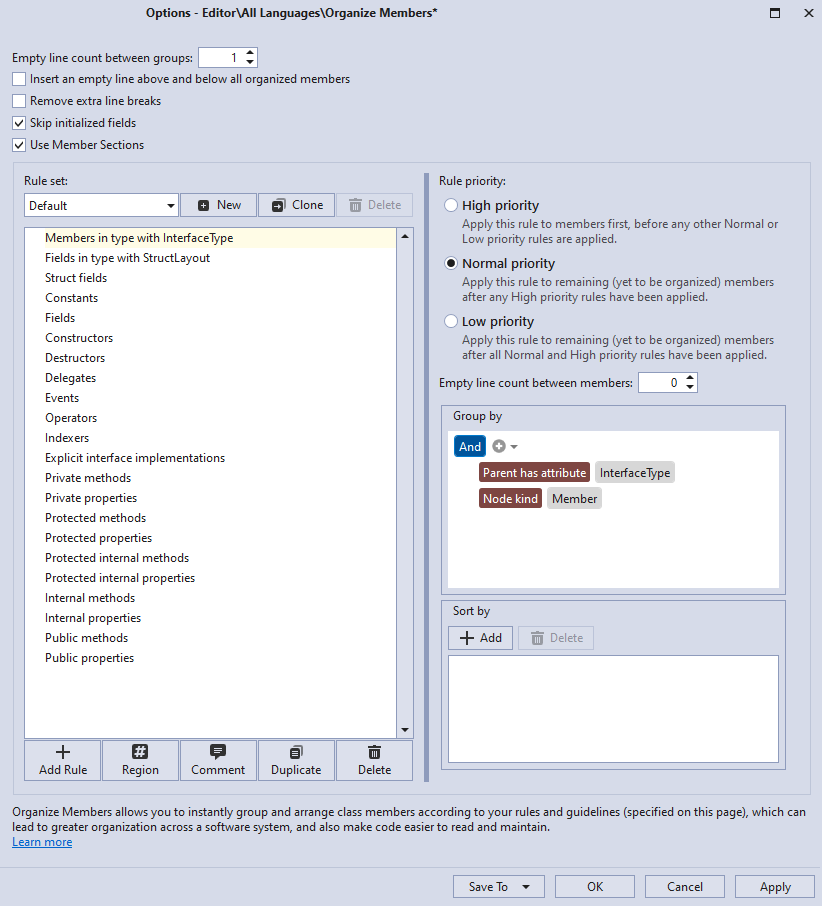 The sections below describe each option and explain how to use it.

For example, the code below has 2 empty lines between groups. To change the empty line count to 1:

This option removes extra blank lines between members (beyond what you have specified in the “Empty line count between groups” setting).

Insert an Empty Line Above and Below All Organized Members

Enable the corresponding option to insert an empty line above and below all organized members.

The following screencast shows this feature in action.

In some cases, field initialization order can be important (for example, one field depends on another field). If you change this order in code, it can lead to an exception when a class is created. To avoid this, the “Skip Initialized fields” option is initially enabled. CodeRush does not move initialized fields into the ‘Fields’ group.

Each rule may match zero or more members from the type members list (for example, the “Public methods” rule matches all public methods). Members are only allowed to match one rule since Organize Members can move a member to one place in code.

To illustrate this approach, consider the following code:

To wrap tests marked with the [Test] attribute into a single region and place those tests at the end of the file, do the following:

The screenshot below shows the resulting settings:

To organize members, use the Rule priority option. This option allows you to prioritize which rules CodeRush applies first to members. You can set this option to High priority, Normal priority or Low priority.

To organize the code above, do the following:

This setting specifies empty line count CodeRush must insert above and below members. The screencast below shows how to specify “Empty line count between members” for fields.

The Group by section contains the filter editor. It allows you to configure what kind of members CodeRush groups together by the rule.

The filter editor can simplify conditions. For example, if the “Public enums” rule contains the following condition: 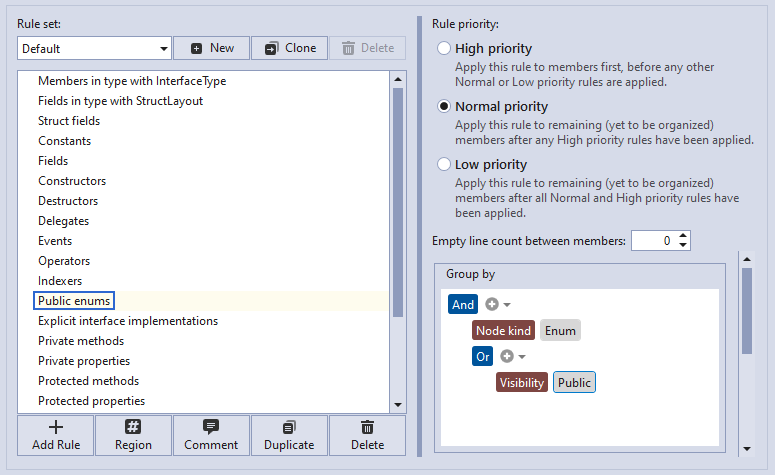 CodeRush merges the redundant “Or” group with the parent “And” group when you leave the “Public enums” rule and return back to it.

CodeRush can add members into groups by the following criteria:

Add, Or, Not And, and Not Or conditions allow you to create grouping criteria. 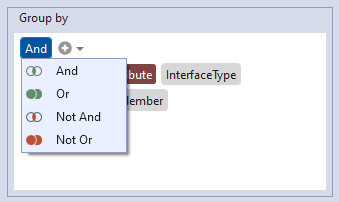 For information on how to configure grouping, refer to the following example: How to: Create a Rule

You can configure the sort order of members within a group for each member organization rule in the Sorting rules section.

CodeRush can sort group items by:

You can also specify the sort order: ascending or descending.

For example, you can sort fields by visibility, member type name, and name in the ascending order. 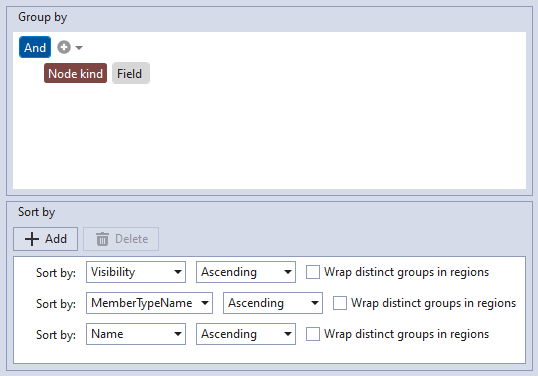 The following screencast shows how Organize Members sorts fields according to this criteria:

CodeRush supports the following built-in variables in the region name:

To create regions for properties with different visibility: