The Bootstrap Grid View displays three types of cells: data, edit and command. These cell types are described in this document.

Edit cells are displayed within the Edit Form when the Bootstrap Grid View is in an edit mode. They correspond to data columns and allow their values within the edited row to be changed. 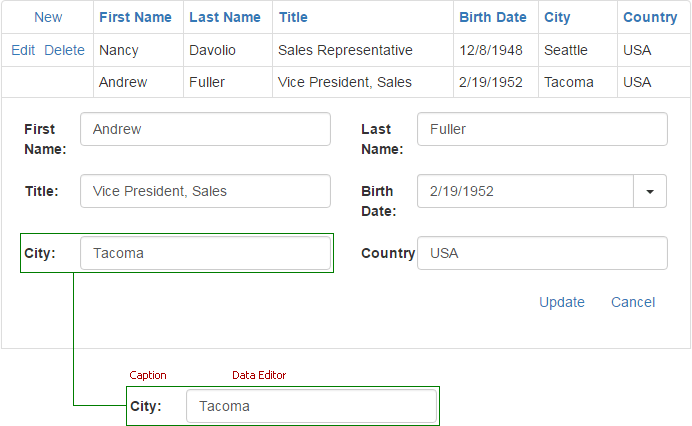 An edit cell displays the name of the column to which it corresponds, as well as the editor that is used to edit column values. The editor displayed within the edit cell is specified by the column’s GridViewDataColumn.PropertiesEdit property. 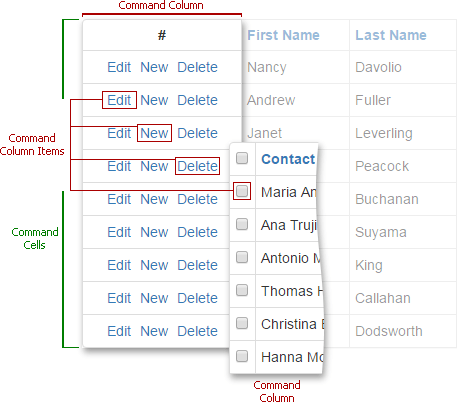