The Web End-User Report Designer is a fully functional client-side reporting tool that you can integrate in your web application.

The designer component allows users to create and edit a report. The built-in viewer is a fully functional Document Viewer control that allows users to preview, print, and export documents. 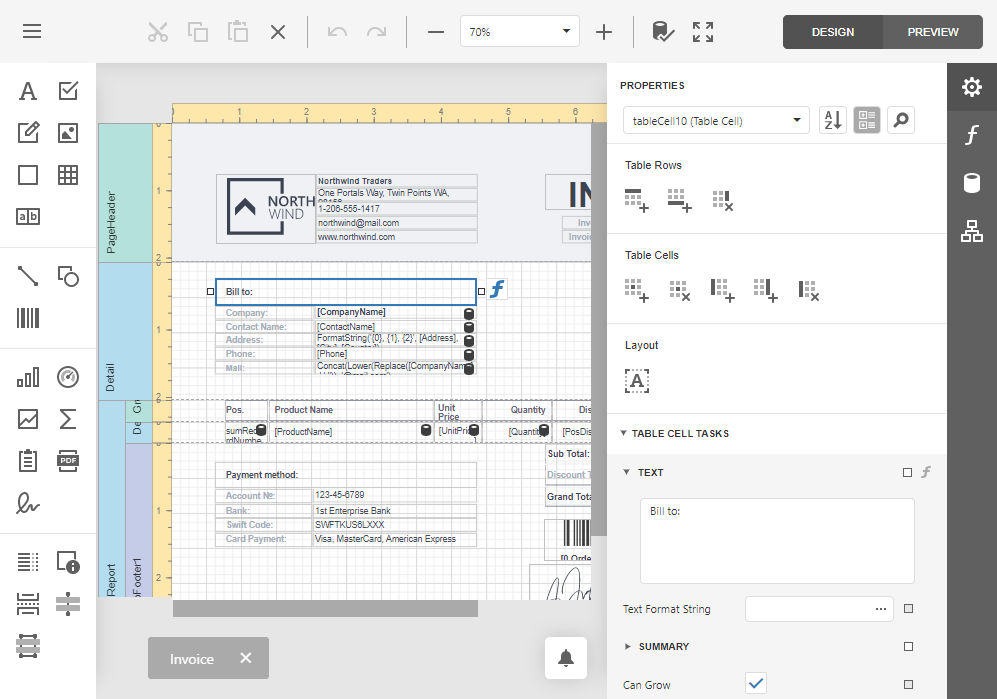 The following diagram shows a web reporting application with the Report Designer control. 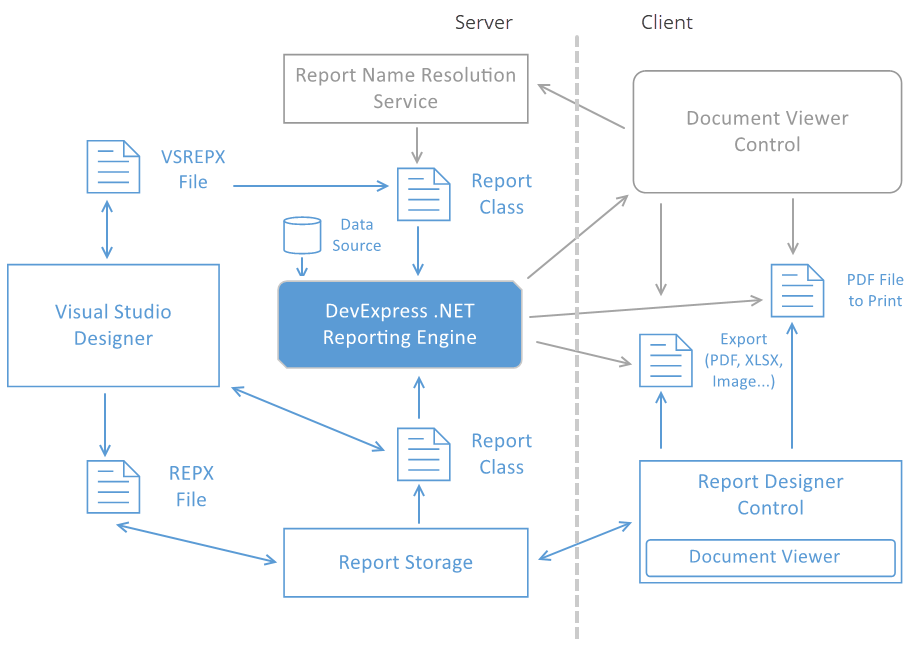 DevExpress .NET Reporting Engine
DevExpress Reporting for Web is based on the reporting engine written in .NET. The reporting engine operates server side, creates report documents, and converts them to a variety of export formats.
Report Class
An instance of a class that inherits from the XtraReport class. A report engine uses the report to create a document that can be previewed, printed, and exported.
REPX File
A file or data stream in an REPX format. A report can be saved in a XML format in a report definition file (REPX). Report definitions that you create in a web application can be reused in a desktop application, and vice versa.
Report Designer Control
A control that keeps its state on the client (it is a stateless component). All editing operations are performed in the browser, while other operations require server processing, in which case the component state (or part of its state) is sent to the server.
Visual Studio Report Designer
The DevExpress Report Designer that is based on the Visual Studio designer and allows you to create, edit, save, and load a report. The Visual Studio Report Designer is invoked automatically when you open a report class in Visual Studio.
Report Storage
A service that processes a report name that the Report Designer passes to the server to open or save a report. For more information, review the Add a Report Storage help topics for the ASP.NET Web Forms, ASP.NET MVC and ASP.NET Core platforms.

Report Designer integration has its own specifics. Review the Report Designer Requirements and Limitations help topic for the ASP.NET Web Forms and ASP.NET MVC platforms.

To load and save a report from/to the REPX format, implement a report storage. For more information, review the Add a Report Storage help topics for the ASP.NET Web Forms, ASP.NET MVC, and ASP.NET Core platforms.

The Report Designer UI and functionality are described in detail in the End-User Documentation available online:

A general technique that allows you to customize the UI elements in Reporting components: Use Custom HTML Templates.

For more information, review the Customization topic in the End-User Report Designer section for a particular platform.