A vertical band that displays recurring content from the report’s data source.

If you use vertical bands to display data, the Vertical Detail band replaces the standard Detail band functionally. It becomes the main band and cannot be deleted. You can supplement it with the Vertical Header and Vertical Total bands. 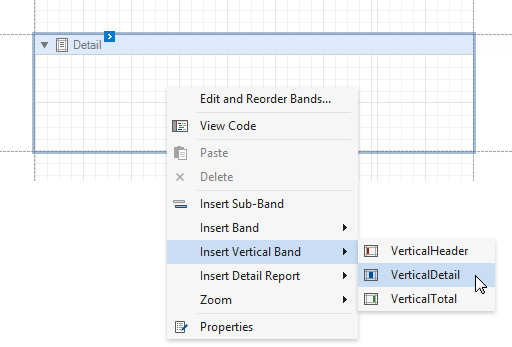 To specify how to arrange the Vertical Detail band’s content across several pages, use its BandLayout property.