You can also localize applications using custom localizers, but some controls contain form resources (e.g., the XtraReports Search dialog), which must be translated via satellite assemblies. Thus, localization via resources is recommended.

The .NET Products Installer includes resource assemblies for a set of languages. It registers these assemblies into the GAC (Global Assembly Cache) of your development machine, and also places them in the installation folder (“C:\Program Files (x86)\DevExpress 19.1\Components\Bin\Framework\“, by default). You can find these assemblies within the following subfolders: 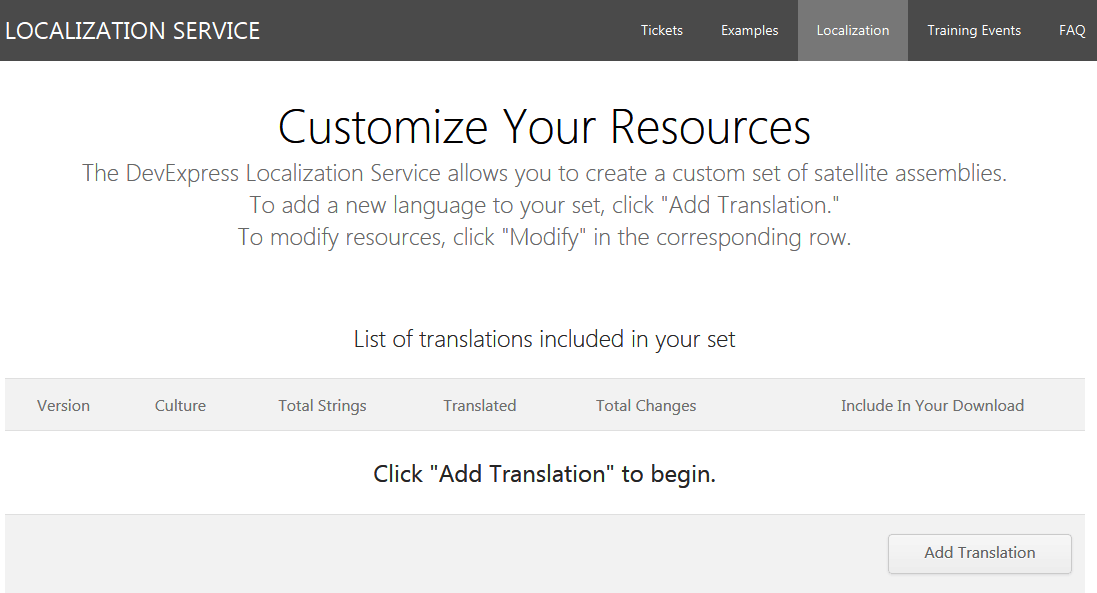 Refer to the Localization Service documentation or watch the training video on YouTube for more information on how to prepare and download resource assemblies.

Copy the folder(s) (for example, es) that contain satellite assemblies to the application’s EXE file directory.

For example, to include German assemblies, copy the folder named de from the \Bin\Framework\ directory to the directory of your application’s EXE file (usually the bin\Debug\ subdirectory). You can change the Output path project to select another location.

The following diagram illustrates where to place satellite assemblies within your application’s directory: 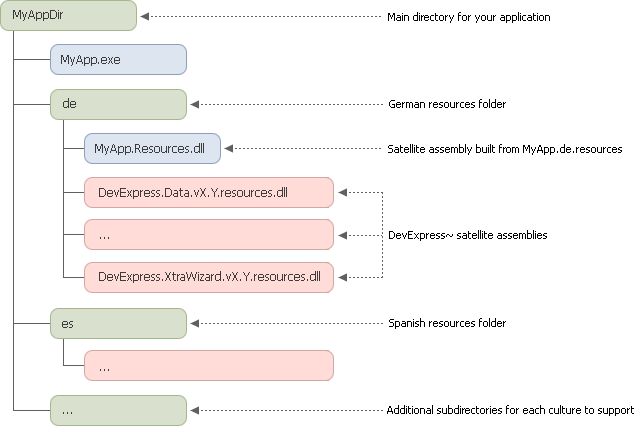 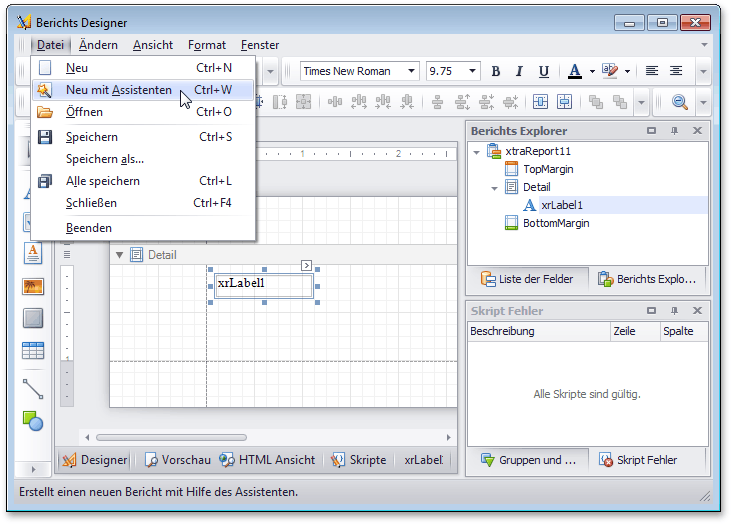