An application is more attractive if UI elements are associated with images. In eXpressApp Framework applications, images display or accompany default Actions, navigation control items, Detail View captions, etc. You can replace the built-in images with custom ones, and set images for custom features implemented in separate modules.

This topic explains how to add and replace icons in XAF applications. 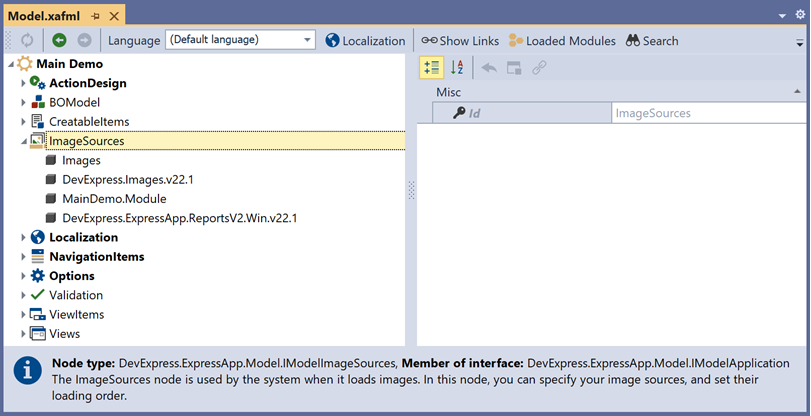 To find the required image, the framework looks through the image sources listed in the Application Model’s ImageSources node. The first image found by the specified name is loaded for the target control. Since images can be named similarly in different sources, the order in which image sources are listed is important. You can examine or change this order via the Model Editor invoked for an application project. In the image above, you can see that each node has the IModelNode.Index property. This property specifies the order of access to the current image source, among others.

In ASP.NET Web Forms applications the viewBox attribute determines SVG images’ display size. SVG icons are always resized to fit a specific position in a UI. In WinForms applications, an SVG image size is determined by a control or set in the Model Editor. 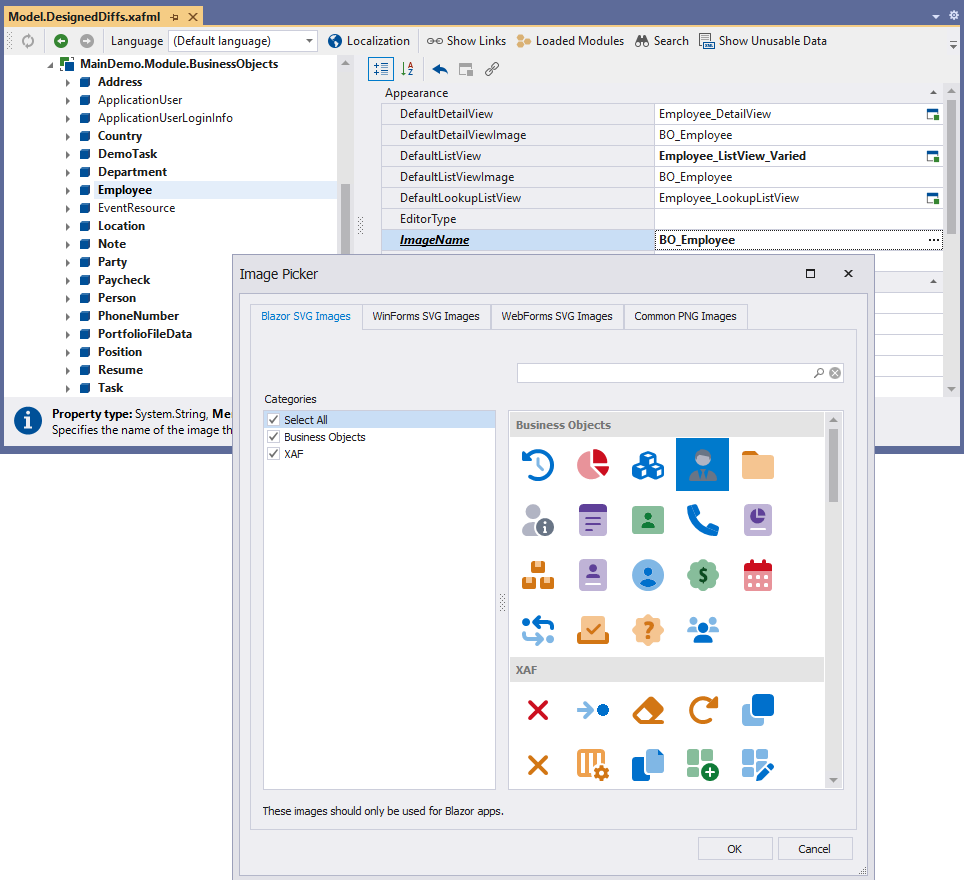 The Image Picker does not display images from a custom image source if an Assembly Resource Image Source was added in the same model differences file. However, you can type the ImageName property value manually.

See Also
How to: Set Images and Captions for Enumeration Values
ImageLoader
ImageNameAttribute
ImageSizeMode
StaticImage
Assign a Standard Image
Assign a Custom Image
Change an Application Logo and Info
Node Images in a Tree List
Feedback
Was this page helpful?
Thanks for your feedback!
Any other suggestions? Tell us here.