Document Groups accept Document Panel objects and regular layout panels as children (the latter is not typical and can be primarily seen only done by end-users at runtime). In XAML, you can define a group’s child items directly between the start and end DocumentGroup tags. In code, you can add, delete, and modify child items using the group’s Items collection.

To add Document Panels to a Document Group in code, use methods provided by the DocumentGroup object (for instance, the Add method).

Various operations on panels in MDI mode are supported by the DockLayoutManager.MDIController object. 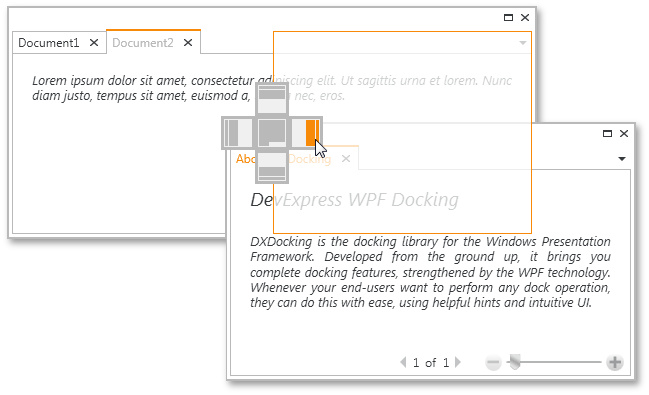 If the DockLayoutManager.ShowFloatWindowsInTaskbar property equals true, there are no individual taskbar thumbnails for each DocumentPanel contained within a floating container. Instead, the single thumbnail for the entire container is displayed.

See Also
Dock Layout Manager
Dock and Layout Object Hierarchy
Feedback
Was this page helpful?
Thanks for your feedback!
Any other suggestions? Tell us here.