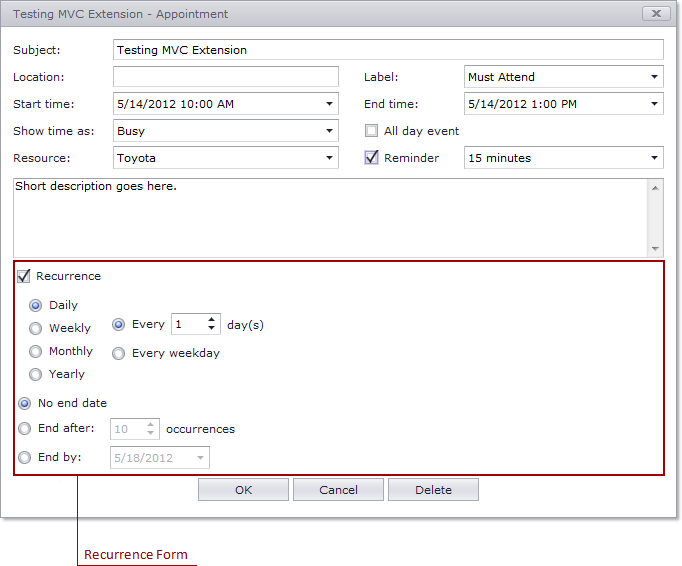 The table below lists the main members that affect element appearance and functionality.