The Script Recorder Module is represented by two module projects:

The script recorder is represented by three Actions assigned to the Tools Action Container. 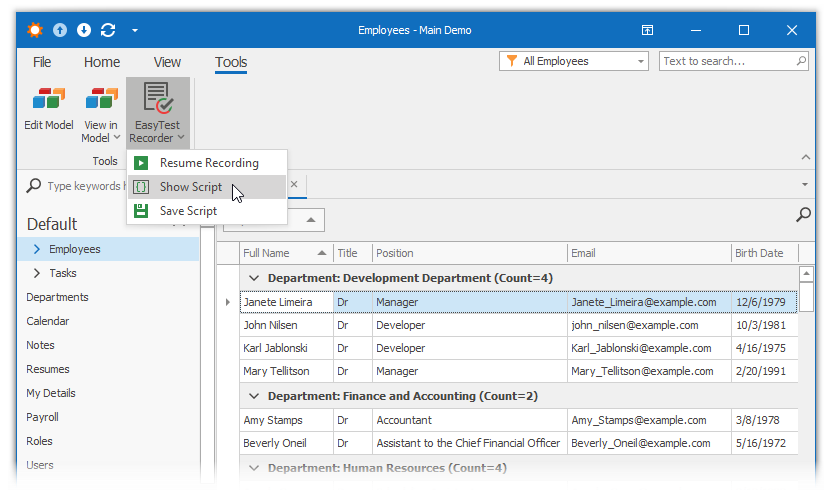 If the script recorder is enabled, it is activated from the application start in a recording mode. So the recorded script logs the actions you perform, including logging on to the application.

Please remember that the script recorder does not provide ready-to-use scripts. In most cases, you are required to manually tune the script; refer to the list below.

See Also
Functional Tests (EasyTest)
Feedback
Was this page helpful?
Thanks for your feedback!
Any other suggestions? Tell us here.