This documentation topic describes legacy technology. We no longer develop new functionality for the GridControl and suggest that you use the new DataGridView control instead.

The image below illustrates how the DevExpress Grid control defined in a shared XAML file is rendered for iOS and Android. 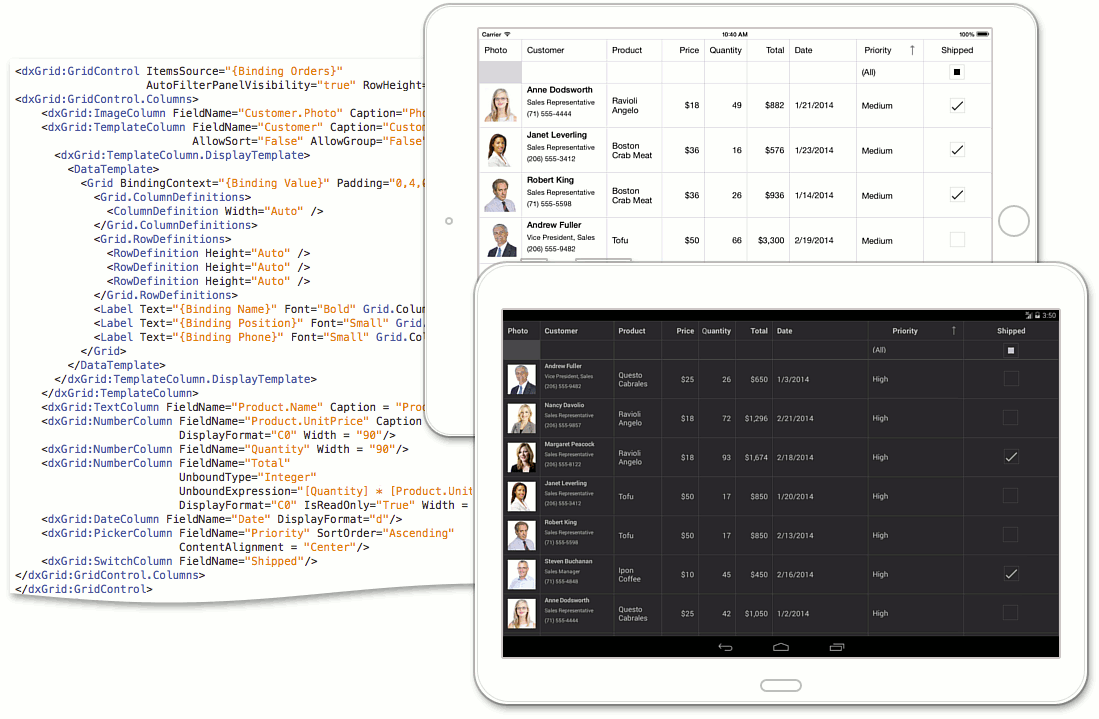 You can create both iOS and Android applications with DevExpress UI controls for Xamarin.Forms on the OS X or Windows operating system. The following development tools are required :

An Introduction to Xamarin.Forms contains information on the versions of supported operating systems and the development tools required to develop Xamarin.Forms applications.