The eXpressApp Framework automatically generates all Dashboard Views and Detail Views according to the Application Model information. There are certain rules used to generate a default layout that minimize required customizations. These rules are described in this topic.

Dashboard Views and Detail Views are generated using the information which is stored in the Application Model‘s Views | DashboardView and DetailView nodes. These nodes have two child nodes: Items and Layout. The former is used for populating the CompositeView.Items collection. The latter is used by the View’s Layout Manager to arrange the Layout Items created for each item from the Items collection. The following image demonstrates both the Items and Layout nodes. 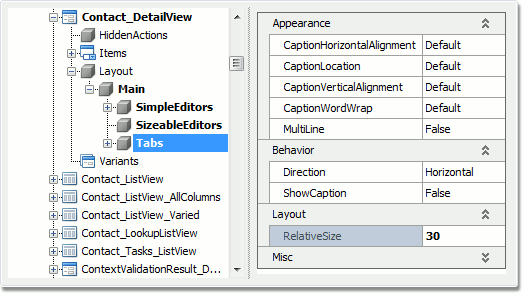 Mobile applications do not support the DashboardView and Tabbed Group.

The rules by which the Layout node is generated for Detail Views are the following. 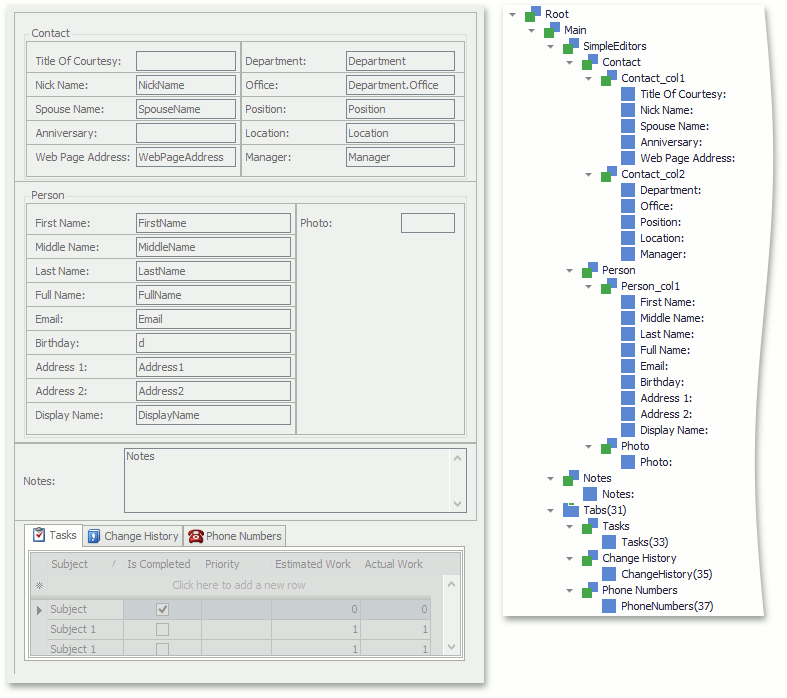 See Also
View Items Layout Customization
List View Column Generation
Feedback
Was this page helpful?
Thanks for your feedback!
Any other suggestions? Tell us here.