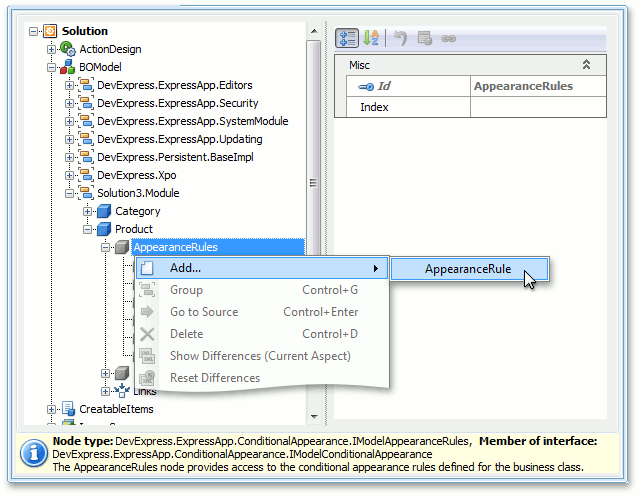 This will create an AppearanceRule node that represents the rule. Then, you can customize the created node’s properties as required. These properties are analogous to the AppearanceAttribute properties.

Then, specify the rule’s activity scope. For this purpose, use the following node properties. 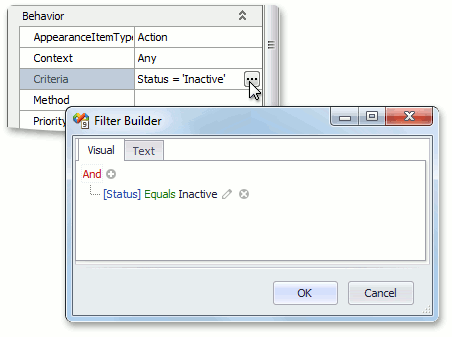 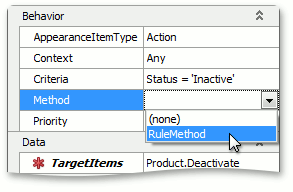 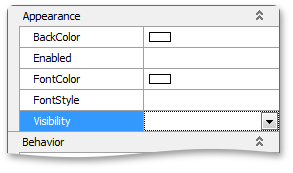 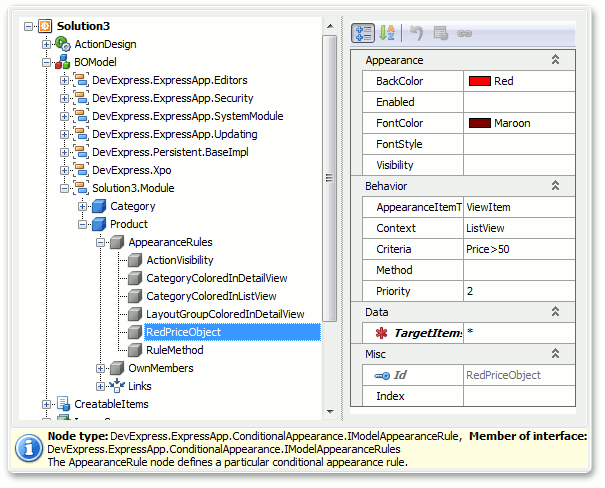 See Also
How to: Customize the Conditional Appearance Module Behavior
Was this page helpful?
Thanks for your feedback!
Any other suggestions? .
Your feedback has been sent