This topic introduces the concept of the Recurring Events feature supported by the Scheduler Module, describes how to create and use Recurring Events in your schedule, and details how recurrence settings can be edited.

To create a Recurring Event, create an Event and specify its recurrence via the Recurrence property. 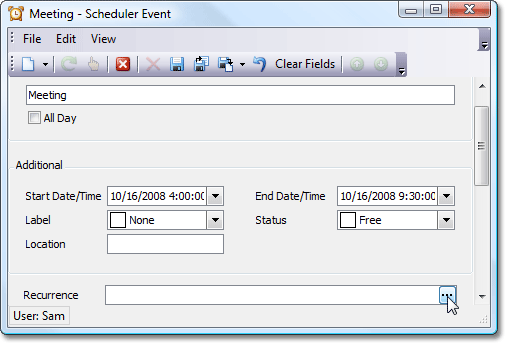 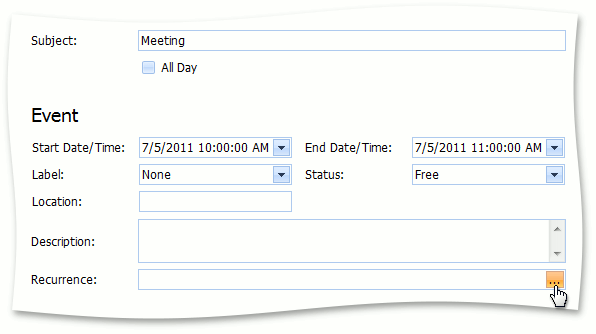 ) to invoke the Recurrence dialog, and specify the required settings. 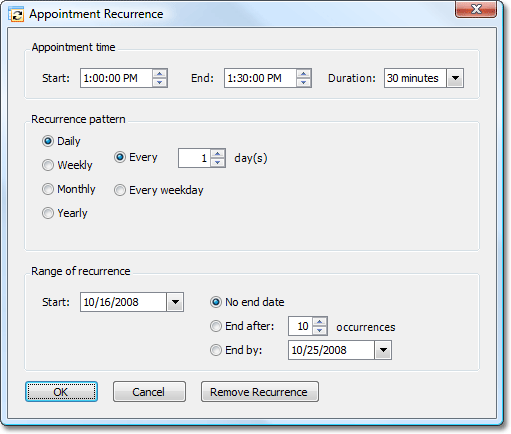 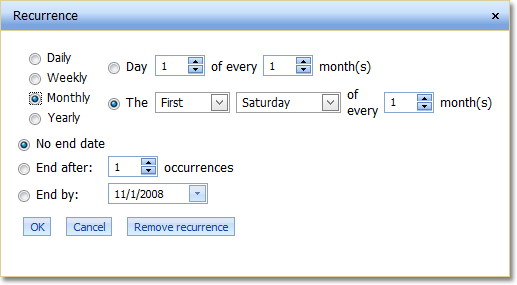 The recurrence settings specified in this dialog comprise the Recurrence Pattern.

In Windows Forms applications, to edit a single occurrence of a Recurring Event, invoke the context menu and click Open. To change the settings of all the occurrences, except those that have been changed or deleted, click Edit Series: 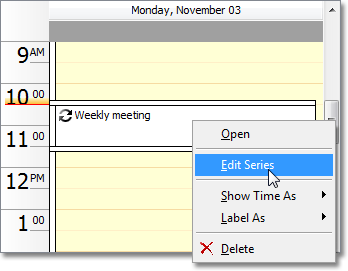 If an occurrence has been modified, you can restore its settings to the ones used in the series it belongs to. To do this, use the Restore Occurrence command. 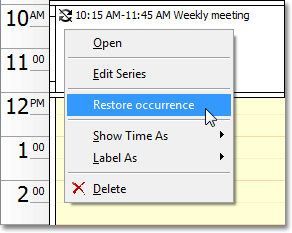 In ASP.NET applications, you have the following capabilities out-of-the-box:

If an occurrence has been modified, you can restore its settings to the ones used in the series it belongs to. To do this, use the Restore Occurrence Action. 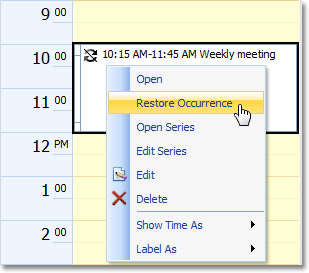 Alternatively, you can use the Edit, EditSeries, OpenSeries and RestoreOccurrence Actions on the toolbar in ASP.NET Web applications:

See Also
How to: Perform Custom Actions When a Recurring Event's Exceptional Occurrence is Created
Was this page helpful?
Thanks for your feedback!
Any other suggestions? .
Your feedback has been sent