Though XAF's auto-generated layout is sufficient for most use-cases, the flexibility built into the framework gives you the ability to customize the layout whenever necessary, using one of the following methods. 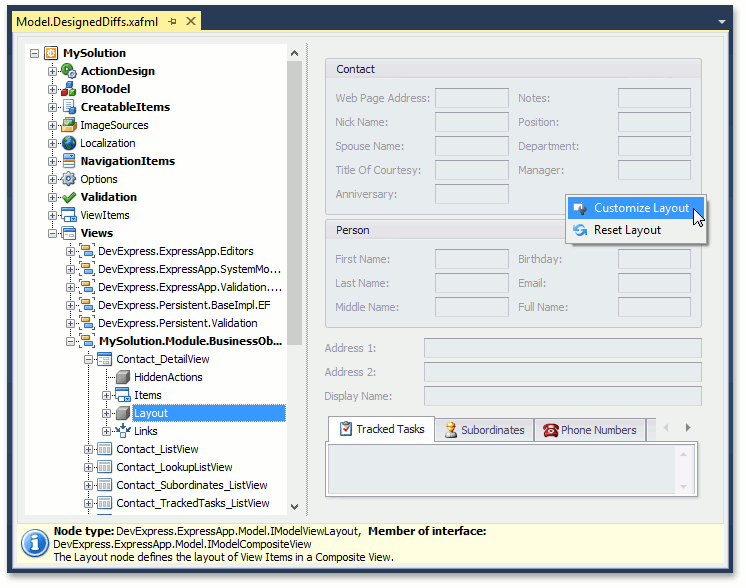 To modify default View Items layout, right-click on an empty space and choose Customize Layout. This will invoke the Customization form allowing you to drag View Items where required. The graphical prompts will display the item's target position. 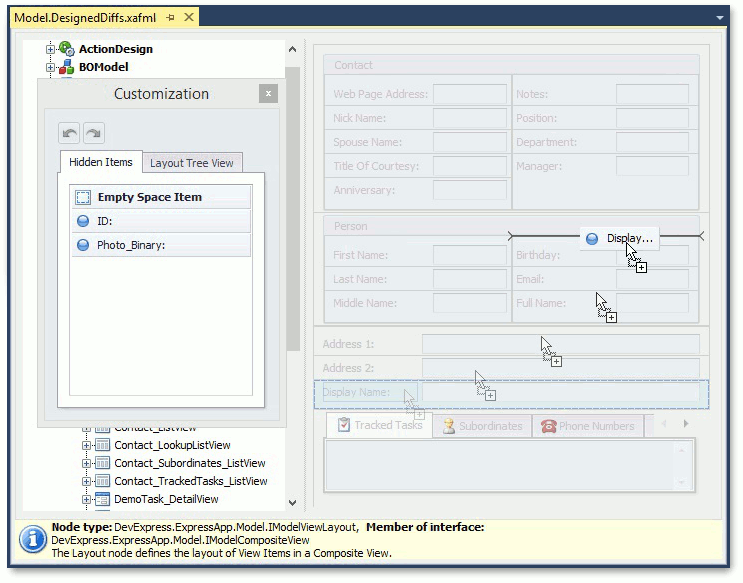 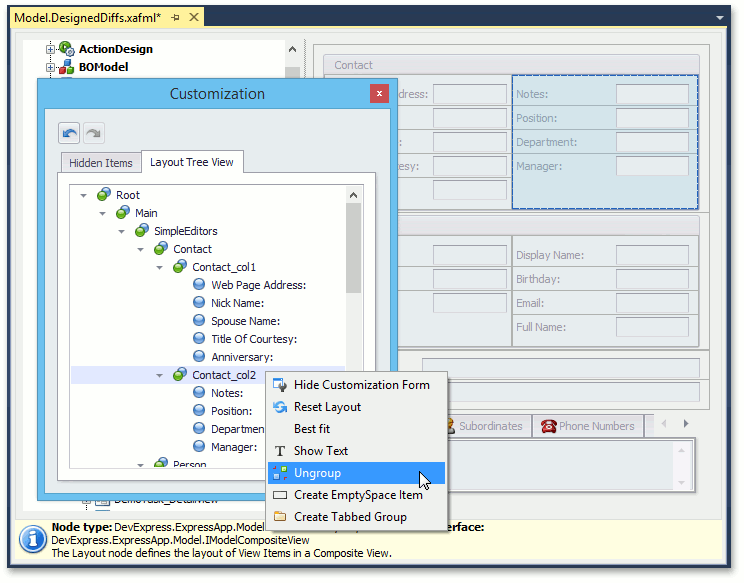 Additional customization options, which are listed below, can be accessed using the Layout node's child nodes.

You can add new items to a Detail View. Right-click the DetailView | Items node, navigate to the Add... group, choose the required View Item type and customize the newly added item as needed. 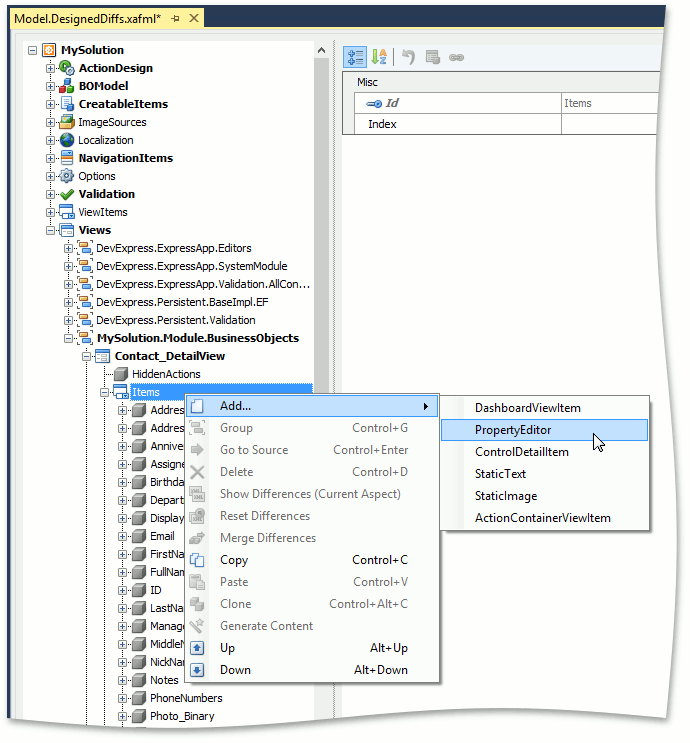 You can customize the Detail View's default layout in a business class code using the DetailViewLayoutAttribute applied to required properties.

You can customize the layout by using the Model Editor at run time or design time (see above). To invoke the Model Editor, use the EditModel Action located in the root window's Tools main menu. Note that the EditModel Action is available when the user logged on to the application has permission to customize the Application Model. For details, refer to the Security System section. 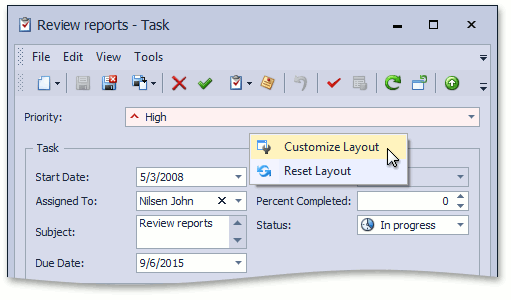 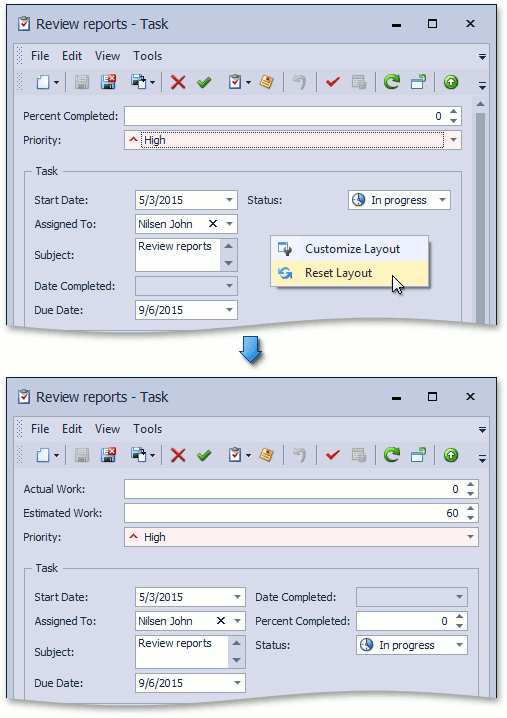 In ASP.NET applications, you cannot access the layout control in code. All editors are placed on a page as specified by the Application Model's Views | DashboardView or DetailView | Layout node. However, you can access certain editor controls to customize them. Refer to the Access Editor Settings tutorial for details.

See Also
Customize the View Items Layout
How to: Merge End-User Customizations into the XAF Solution
How to access a tab control in a Detail View layout
Feedback
Was this page helpful?
Thanks for your feedback!
Any other suggestions? Tell us here.