See Conditionally Change a Control’s Appearance to learn about the alternative approach to conditional formatting.

To access a report’s collection of formatting rules, use the XtraReport.FormattingRuleSheet property. 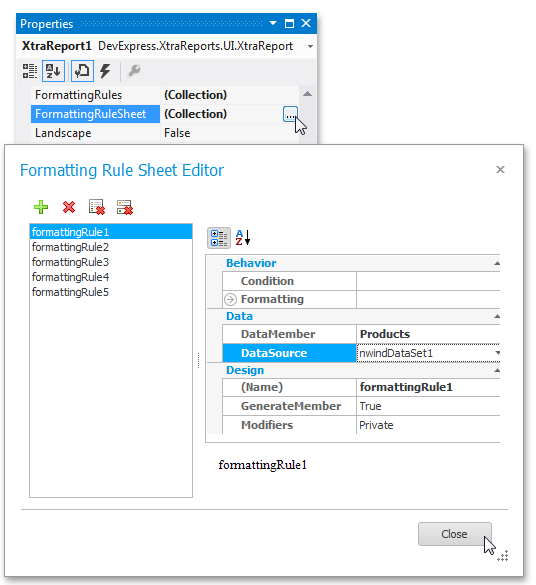 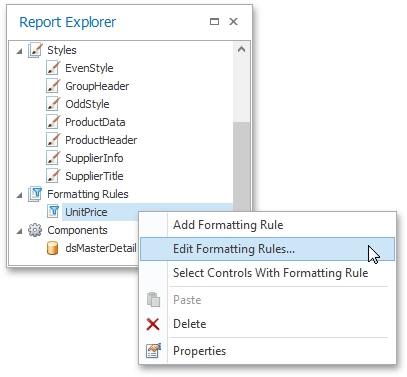 To avoid incorrect results when using multiple data sources in a single report (e.g., when creating master-detail reports), we recommend that you always specify a formatting rule’s data source and data member.

To define a formatting rule’s condition, use the invoked Condition Editor, which can be invoked by clicking the ellipsis button for the FormattingRule.Condition property. The editor supports numerous functions, allowing you to perform a variety of aggregate, string, date-time, logical and math operations. 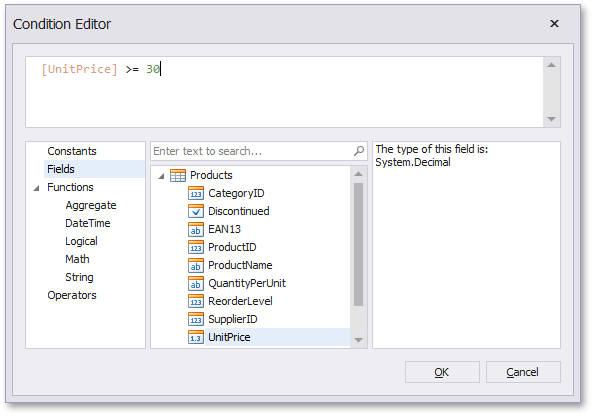 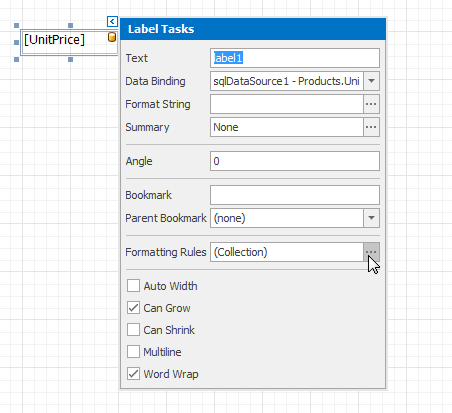 Clicking the ellipsis button for this property will invoke the Formatting Rules Editor where you can specify which of the report’s formatting rules (listed on the left side of this editor) should be assigned to a specific element. To assign a rule to a control, move it to the list on the right.

See Also
Conditionally Filter Report Data
Conditionally Suppress Controls
Limit the Number of Records per Page
Was this page helpful?
Thanks for your feedback!
Any other suggestions? .
Your feedback has been sent