The TransitionManager.CustomTransition event allows you to dynamically customize the parameters of the animated state transition. For instance, this event can be handled to specify easing function and clip regions where the animation will take place. 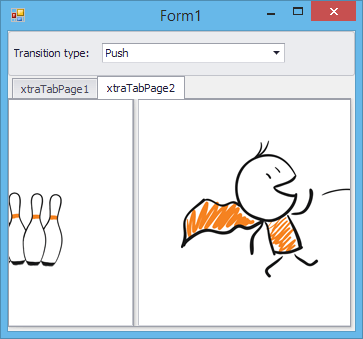