This documentation topic describes legacy functionality. We no longer develop new features for the Chart Wizard and suggest that you use the Chart Designer instead. Read the WinForms Charting - New Designer blog post for more information.

This document describes how the Chart Wizard can be invoked, customized and localized.

To run the Wizard, call its ChartWizard.ShowDialog method, which allows you to specify a look and feel setting for it. 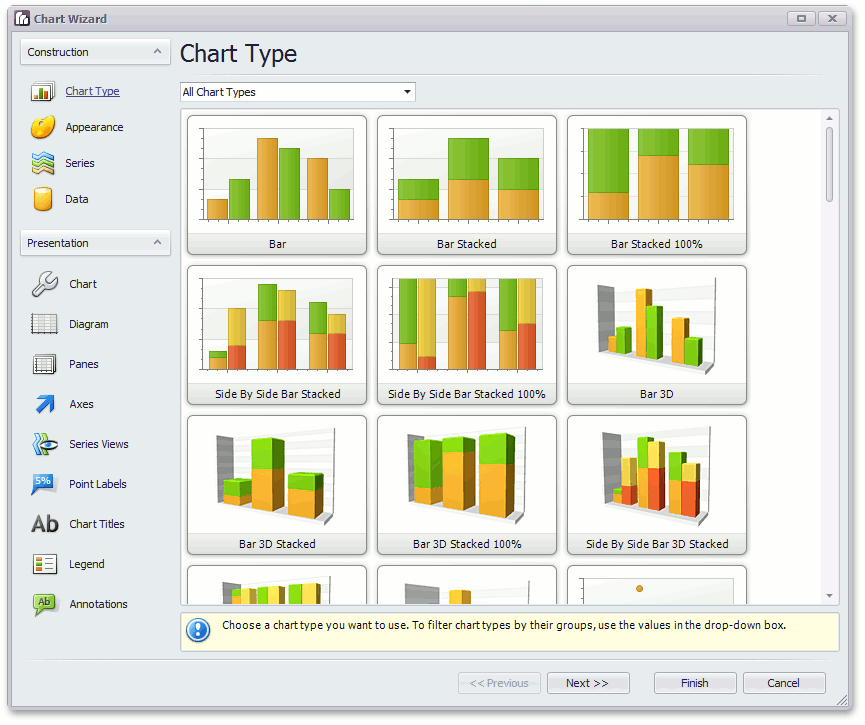 For a runtime example, refer to How to: Invoke the Chart Wizard at Runtime.

You can remove or re-group any of the Wizard's elements (groups, pages, tabs, editors, and so on). For examples which demonstrate these capabilities, see the following documents:

You can localize the Wizard, using satellite assemblies. We have a number of satellite resource assemblies that contain the localized resources for our products translated into different languages.

For more information, refer to the Localizing WinForms Controls via Localizer Objects help topic in this documentation.

See Also
Chart Wizard
Feedback
Was this page helpful?
Thanks for your feedback!
Any other suggestions? Tell us here.