This document explains how to assign a predefined model or your own custom model to a chart’s series and/or series point markers.

DXCharts ships with numerous predefined models that you can assign to your series and series point markers (if supported). You can also create your own custom series and marker models.

You can define all models in your Window class descendant’s Resources property, and then assign them to the appropriate series using their Model or MarkerModel properties. 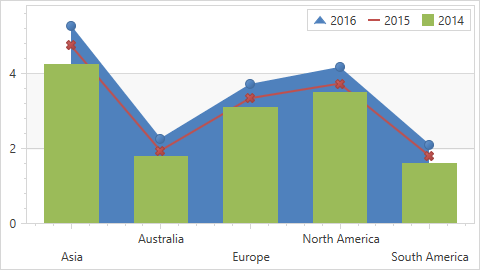 The Area, Point, Line, and Bubble series types implement the ISupportMarker2D interface, which means that you can specify their MarkerModel property.

Refer to How to: Assign Different Models for Series and Point Markers to view a code example.

You can define custom series and marker models by specifying the appropriate custom model (e.g., CustomBar2DModel or CustomMarker2DModel) to the series’ Model or MarkerModel property.

Next, specify the desired appearance changes in a template that contains any visual element, and assign this template to the PointTemplate property of the series custom model (e.g., CustomBar2DModel.PointTemplate).

The following image shows a series with a custom marker model specified. 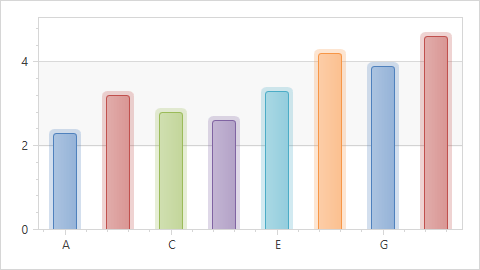 For details on how to create series custom models, see the How to: Create Custom Series Point Model example.

See Also
Chart Themes and Palettes
Custom Draw
Feedback
Was this page helpful?
Thanks for your feedback!
Any other suggestions? Tell us here.