This document lists built-in dialogs included into the WPF Scheduler control. To localize dialog titles and captions, use the approach described in the Localizing WPF Controls via Localizer Objects document and the SchedulerControlStringId enumeration. 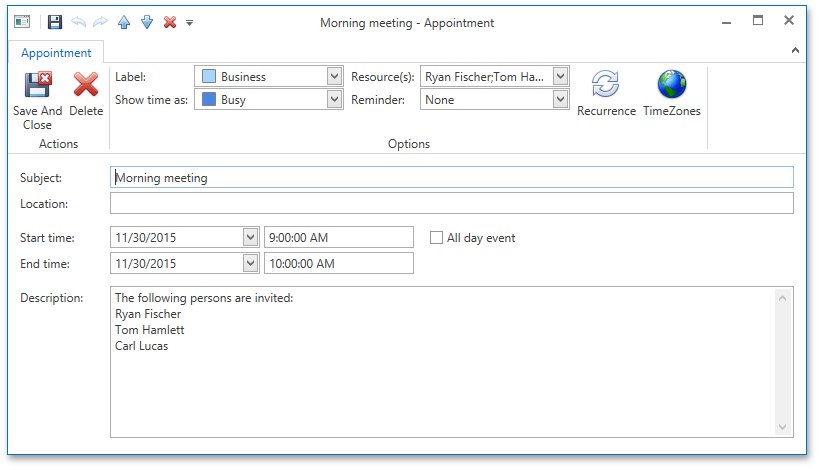 The dialog is the default appointment editing dialog, invoked when the end-user creates a new appointment or attempts to edit an existing appointment and executes the corresponding command. Using Scheduler API, you can call the SchedulerControl.ShowEditAppointmentForm method. 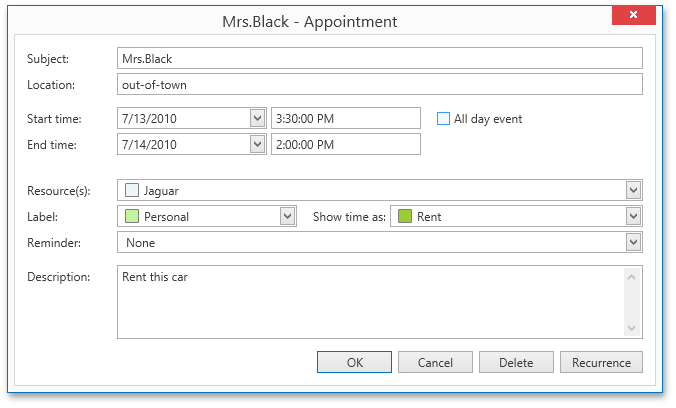 The plain old dialog was used prior to v15.2 as a default appointment editing form. You can switch back to it by handling the SchedulerControl.EditAppointmentFormShowing property and specifying a new instance of the DevExpress.Xpf.Scheduler.UI.AppointmentForm class as the FormShowingEventArgs.Form property value. 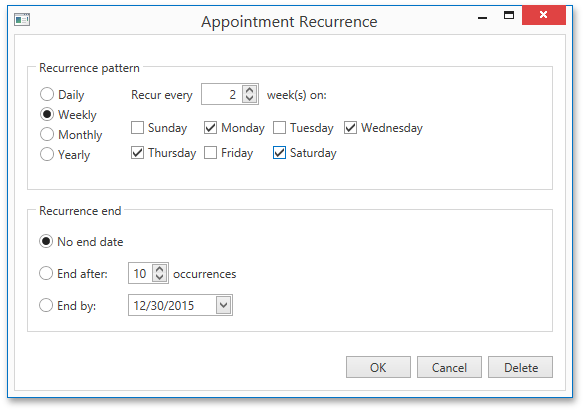 The dialog is invoked when the end-user attempts to edit recurrence information for an appointment by clicking the Recurrence button on the Edit Appointment dialog or executing the proper UI commands. 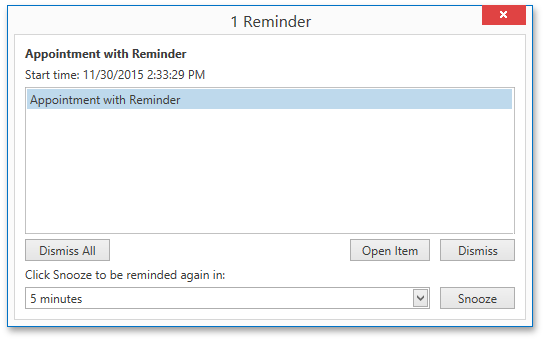 The dialog is invoked when the reminder triggers an alert. 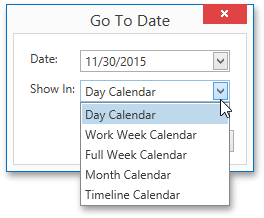 The dialog is invoked when the end-user attempts to navigate to a certain date and executes the corresponding command. Using Scheduler API, you can call the SchedulerControl.ShowGotoDateForm method. 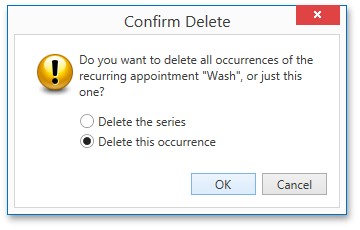 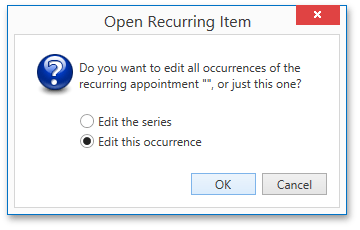 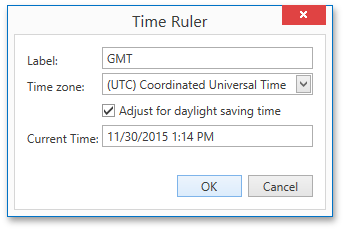 The dialog is invoked when the end-user executes the Customize Time Ruler command in the timeruler’s context menu.