This document describes the difference between primary and secondary axes, and how secondary axes can be created and assigned to a series. Before you proceed with this document, you may wish to review the basics of using axes.

The document consists of the following sections.

By default, a chart’s diagram contains two primary axes - the axis of arguments (X-axis) and the axis of values (Y-axis). To access them at design time, expand the WebChartControl.Diagram property in the Properties window. 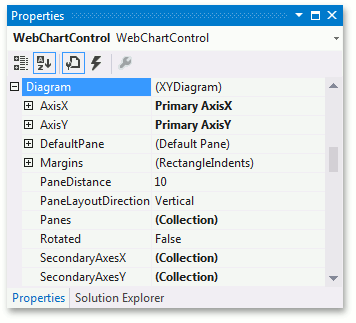 For each chart, it is possible to plot only a single primary axis of each type (a single X-axis and a single Y-axis). However, in some scenarios these axes are not sufficient, and it is necessary to use secondary axes. Secondary axes are supported only for the most common diagram type - XY-Diagram 2D. This may be needed if, for example, it is required to display series of a significantly different range of values, or series with entirely different arguments (or values), within a single diagram.

Another common scenario when secondary axes are useful is when series are distributed among multiple panes. Most often, in this case it is necessary to plot a primary axis through all panes, and create a secondary axis for each additional pane. For more information on this, refer to the Panes Overview topic.

Another notable difference between primary and secondary axes concerns axis alignment. In particular, for the Axis2D.Alignment property, the AxisAlignment.Zero setting is available for primary axes only. To learn more on this, refer to Axis Appearance and Position.

Primary and secondary axes are similar in other aspects. This means that their appearance and layout can be customized in the same way, and they can have similar additional elements (such as grid lines, constant lines and titles). For general information about customizing axes, refer to Axes.

The simplest way to create a secondary axis and assign it to a series is to use the Series Collection Editor. To customize the secondary axis, do the following. 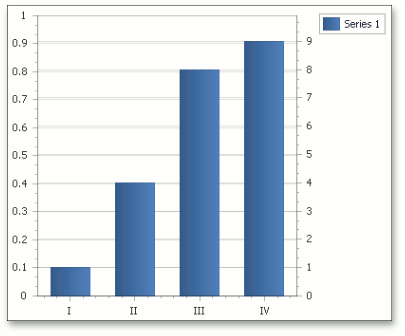 If your chart’s diagram contains multiple panes, a secondary axis is automatically displayed in the pane associated with the series to which the secondary axis belongs. To learn more on this, refer to Panes Overview. 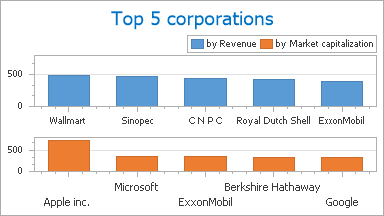 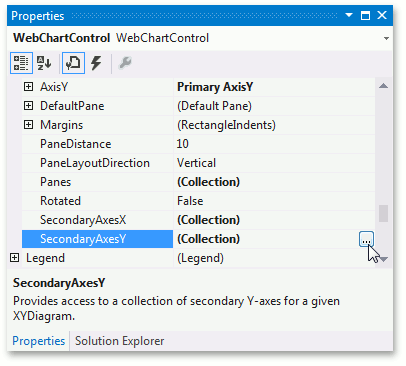 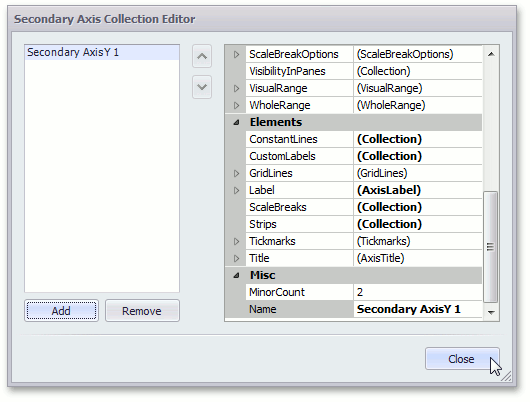 In this dialog, you can add or remove the collection’s items using the appropriate buttons, and customize secondary axes as required. Note that the set of available properties for secondary axes is identical to the properties of the primary axes. To learn more about them, refer to the Axes and Axis Appearance and Position topics.

See Also
Axes
Axis Scale Types
Visual Ranges and Whole Ranges
Axis Appearance and Position
How to: Add Secondary Axes to a Chart
Feedback
Was this page helpful?
Thanks for your feedback!
Any other suggestions? Tell us here.